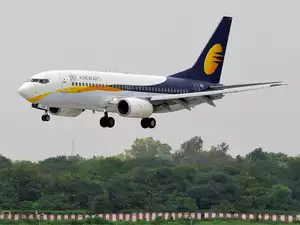 Indian airlines are expected to launch services to new and existing in destinations in the Middle East after they were allotted additional weekly seats from Jet Airways’ quota, sources have said.

India’s Directorate General Civil Aviation (DGCA) allocated the international flying rights of the now grounded Jet Airways to Air India and private Indian carriers such as IndiGo, SpiceJet, GoAir and Vistara in recent days ago on a temporary basis, according to government sources.

“We have been allotted 5,000 weekly seats to Dubai from the unused flying rights of Jet Airways,” a senior Air India executive told Arabian Business.

“We have also been given additional weekly seats to some other destinations in the Middle East sector from Jet’s quota.”

The Air India source said the carrier is working on further expanding its operations to the Middle East sector.

“The first among this could be a new direct flight to Doha from Delhi,” the Air India executive said.

The new flight plans by Air India comes close on the heels of the national carrier launching two daily additional flights each to Dubai from Delhi and Mumbai early this month.

A SpiceJet spokesperson also said the airline has been allotted additional seats in the Gulf and some other international sectors from the Jet quota and plans to launch additional and new flights in the Middle East.

“Flight expansion program in the Middle East sector is currently under planning,” the SpiceJet spokesperson said.

Industry analysts said the expected increase in airline seats between India and the Middle East will bring down airfares.

“The fact is, more operators are now getting access to new slots they did not have had access to (earlier). This flexibility means fares are flexible and will come down as supply exceeds demand,” Saj Ahmad, chief analyst at StrategicAero Research, told Arabian Business.

“When you look at the higher quality Middle East airlines and what they offer versus carriers from India, any fare hike from Indian airlines will mean customers opt for Middle East carriers instead, as their quality, service and reputation are far better than any Indian airline,” Saj added.

A return Delhi-Dubai flight ticket currently costs in the range of $488 to $807 for travel within 3-7 days.

The India-Dubai airfare had seen a sharp increase from the start of this year, after the crisis-hit Jet Airways started curtailing its flights to Dubai and other Middle East destinations, and finally stopping its operations altogether in April.

This has led to renewed demand for an immediate increase in the bilateral airline seat capacities between Indian and several GCC countries.

“While the UAE-India bilateral really needs an overhaul, the system will be choked until such time DGCA drops its protectionist stance and wake up to competition,” Saj said.