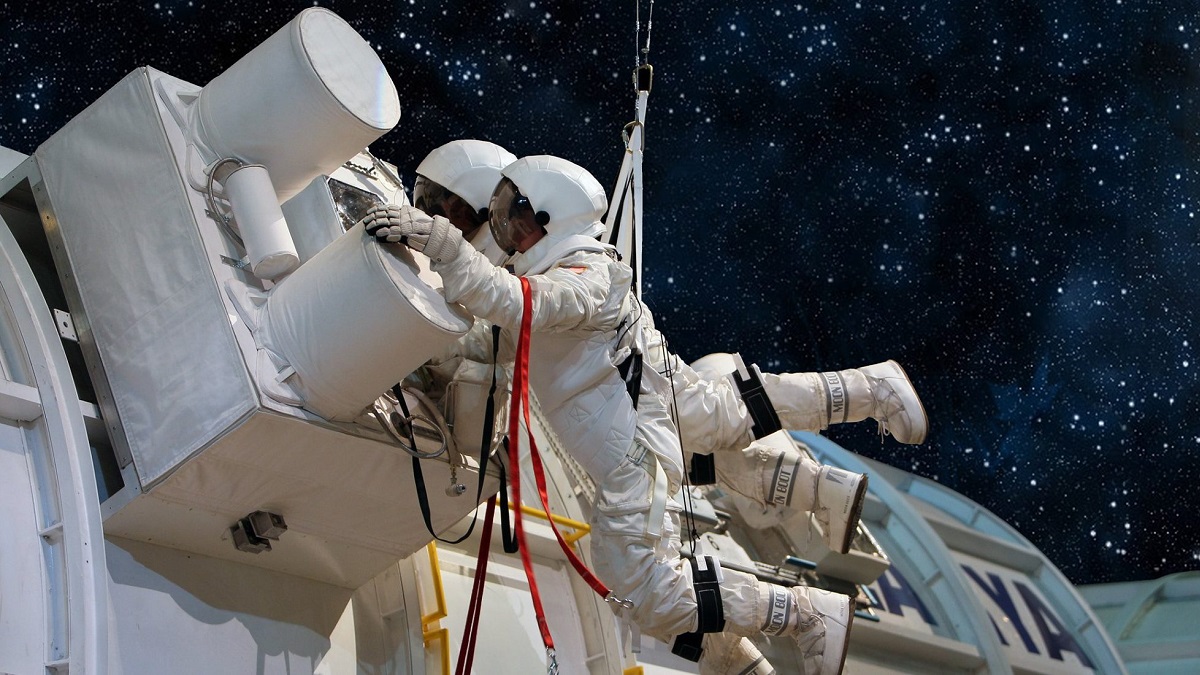 A new international education program to reward aspiring young space explorers and their teachers with a hands-on astronaut training experience at the US Space and Rocket Center’s renowned Space Camp in Huntsville, AL, was launched at the 2019 Paris Air Show.

The new initiative was unveiled by Tom Kallman, President and CEO of international trade show organizer Kallman Worldwide, at the “Tribute to Apollo 50” VIP reception in the company’s Paris Air Show Partnership Chalet.

Apollo 50 is the National Aeronautics and Space Administration’s (NASA) golden anniversary celebration this summer of man’s first steps on the Moon. As the organizer of the USA Partnership Pavilion at Le Bourget for three decades, Kallman hosted the “Tribute” reception as part of the Pavilion’s weeklong “Apollo 50: Paris” program, invoking the spirit of Apollo to promote U.S. industry.

“The 50th Anniversary of Apollo’s success provides a unique opportunity to reflect on the positive impact that space programs have had on society, and re-emphasize the need for continued support of public and private initiatives dedicated to aerospace exploration and commerce,” said Kallman. “In partnership with our event partners around the world, industry partners in the United States and the leaders of Space Camp, the world’s premiere astronaut training experience, we’re proud to launch the Al Worden Endeavour Scholarship to honor the past and inspire the future of space exploration.”

Since 1982, Space Camp has inspired the next generation of astronauts, engineers and scientists through an immersive program that includes astronaut training and simulated space missions,. Space Camp alumni include NASA and European Space Agency (ESA) astronauts as well as engineers, scientists and technologists in myriad disciplines around the world.

“The Space Camp experience bonds like-minded space explorers through their training, missions and team experience,” Dr. Deborah Barnhart, CEO and Executive Director of the U.S. Space & Rocket Center, said. “Creating lasting relationships among nations is key to living and working in space and to accomplishing mankind’s next giant leap forward. In that same spirit, the Astronaut Al Worden Endeavour Scholarship heightens connections around the globe to achieve success in space for years to come.”

Endeavour scholarships will be awarded based on merit by select stakeholders in participating air show communities, and reviewed by a Space Camp team including Worden. He will announce the first Endeavour Scholarships this November at the 2019 Dubai Airshow, and plans to visit with scholarship winners during their Space Camp tours.

“As a lifelong advocate for education and exploration, I am deeply honored and excited to lend my name and experience to this international Space Camp program,” said Worden. “When you consider the decades of rigor and discipline it’s going to take to successfully put people from Earth on Mars, and that getting to Mars is just one of the countless engineering challenges we face on our own planet today, we need to pick up the pace,” Worden said. “The pipeline for STEM talent can handle a lot more volume, and Space Camp is a proven connection.”