Why the B-1 Bomber just wouldn’t call it quits? 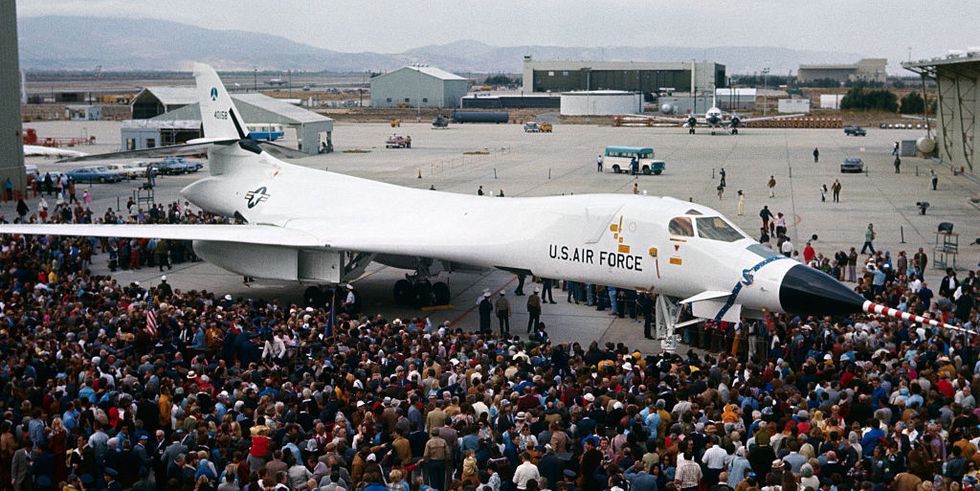 In December of 1998, seven years after the final shots of the Gulf War, American pilots found themselves once again flying combat missions over Iraq. While the US’s only supersonic heavy payload bomber had been sidelined throughout the Gulf War, this new mission, dubbed Operation Desert Fox, would be the B-1B Lancer’s combat debut.

The swing-wing bomber was a technological marvel capable of carrying more than two school busses worth of ordnance faster than the speed of sound while occupying less than one percent of the space on an enemy’s radar compared to the B-52 Stratofortress. After decades of stop-and-go development and thirteen more years riding the bench, it was finally time to see what the Bone (as many aircrews took to calling it) could do.

On December 17, two B-1Bs, joined by Navy escorts, crossed over the Iraqi border shortly after 1 a.m. local time, cruising near 550 miles per hour. They were aware of at least three Iraqi surface-to-air missile sites along their flight path and kept a close eye on them through their digital readouts.

“Failure was not an option that night,” recalled Lieutenant Colonel Gordon Greaney, a back-seat weapon systems operator in one of the bombers.

Long burnt-orange streaks of anti-aircraft fire tore across the sky, trying to rip holes in the fast moving aircraft as they soared overhead. As the bombers reached their targets, they opened their doors and unleashed dozens of 500-pound “dumb bombs” before executing a steep 3-G bank toward home. It wouldn’t be until a day later that the pilots would learn that their mission had been a success.

“It was a surreal moment,” Lt. Col. John Martin, 28th Operations Group deputy commander, explained. “At the time, it was tough to grasp the importance of the mission. We just cranked the jets, blasted off, bared our fangs and put steel on target like we had trained to do so many times.”

Originally intended to serve as a high-speed, high-altitude replacement for the aging B-52, the original B-1s were beset by criticism from politicians and defense officials alike, leading to the program’s cancellation not once—but twice.

The canceled strategy was simple on paper: scale up the swing-wing design utilized by the successful F-111 medium-range bomber to create a heavy payload bomber that could defeat Soviet defenses through brute force. The 240 B-1As originally intended for the Air Force would head into combat with lots of power and even more fuel, blasting past Soviet air defenses at supersonic speeds.

By the time Ronald Reagan took office, Soviet technology was once again forcing a reassessment of America’s bomber philosophy. The Soviet Mig-31, a fighter that was built to hunt the insanely fast SR-71 Blackbird, along with the introduction of the new SA-10 surface-to-air missile and the first Soviet Airborne Early Warning and Control (AWACS) systems all meant the anticipated survival rates for American bombers in Soviet airspace were plummeting.

After decades of relying on speed and altitude to provide a protective barrier between U.S. aircraft and Soviet weapons, the Air Force now needed to find a new way to strike targets deep in enemy territory—and they found it in the twice-dead B-1 program.

Reagan once again revived the dead bomber, this time with a few changes in its design and use. While older aircraft had survived simply by outrunning Soviet defenses, the new B-1 would avoid detection altogether, slipping into enemy territory by flying low to the ground, where radar would have trouble distinguishing it from terrain.

The new B-1B Lancer was undoubtedly a looming threat to the Soviet Union. With a combat radius of 3,000 miles without refueling, the ability to refuel mid-flight, and a payload capacity of 125,000 pounds, the Lancer could deliver nuclear payloads anywhere on the planet. The only problem was, the Soviet Union and the threat of nuclear war had both fallen by the early 1990s. The nuclear-capable B-1B had finally found its way into service, but now it didn’t have a mission.

With the Strategic Arms Reduction Treaty (START) signed in 1995, all B-1B Lancers in America’s fleet were rendered non-nuclear. The aircraft’s bombay was divided into two sections, hard points were removed, and software was changed to convert the aircraft into a conventional-ordnance-only platform. Despite this process starting more than 20 years ago, many nations and news outlets around the world still see the B-1B as a nuclear bomber.

“Now when I see a B-1 photo alongside a nuclear-themed story, it means someone’s not done their homework,” journalist Oriana Pawlyk tells Popular Mechanics. Not only has she covered the B-1B extensively, she’s even spent time flying in one.

The Bone’s old nuclear role had forced the bomber to sit out of the Persian Gulf War in the early 1990s, but removing the B-1B’s nuclear fangs meant the platform was now a conventional bomber.

The addition of Lockheed Martin’s Sniper Advanced Targeting Pod soon allowed the supersonic bomber to offer precise weapons guidance to new generations of smart munitions. Unlike the “dumb bombs” the B-1B had successfully carried into combat in Operation Desert Fox, the Lancer could now drop ordnance so accurately that the aircraft has found new life as a close air support aircraft.

The B-1B’s massive fuel stores and huge payload capacity have made it an unlikely hero in combat operations spanning from Iraq to Syria. It can loiter over a target for hours, providing real-time reconnaissance for both headquarters and troops on the ground—and that’s just until the fighting starts. When engaged, the B-1B can use relayed targeting data from ground troops or its sniper pod to accurately drop thousands of pounds of munitions on enemy positions.

That unique combination of capabilities has quickly made the B-1B a surprise favorite for close air supports. In fact, Boeing made headlines last year when they secured a patent for a retractable cannon design intended for the Bone, effectively converting the heavy bomber into a supersonic gunship akin to the legendary ‘Spooky’ AC-130U.

In the years since World War II, the US has seen a dramatic shift in its air strategy; moving away from dominance by volume (the number of aircraft) and toward dominance through technology. Despite first taking to the sky over forty years ago, updates and upgrades have made the Lancer a technological wonder.

Like the F-14 Tomcat, another Cold War platform purpose-built for a World War that never came, the B-1B’s variable-sweep wing design allows it to take off and land using shorter runways while carrying heavier payloads. Once airborne, the wings tuck back against the body of the aircraft, granting it an almost fighter-like profile.

“When you sweep the wings the jet flies completely differently,” Major “Coyote” Laney, a B-1B pilot instructor from the 28th Bomb Squadron, tells Popular Mechanics. “With the wings back, it’s a lot more maneuverable.”

Of course, with a payload capacity comparable to the B-52, it takes a whole lot of power to move 370,000 pounds at fighter jet speeds. That’s where four General Electric F101-GE-102 turbofan engines (with afterburners) come in.

“They’re tuned for down low and mid-level altitudes, so you pretty much get pushed back into your seat. The acceleration just keeps on coming—you can go right through the sound barrier pretty quick,” Laney explains.

That speed comes in handy in today’s close air support operations as well.

Born before stealth technology became all the rage, the Bone relies on radar reflecting materials and its ability to fly at extremely low altitudes to stay undetected.

“One of the craziest features we have in the B-1 is the terrain following system,” Laney says. “We can use the radar in order to fly low-level where the jet is going to look at the terrain out in front of us and provide pitch input to hug the earth as we fly at nine miles a minute.”

At that altitude, most air defense systems have trouble distinguishing the B-1B from the terrain around it, especially when pilots plan their routes through mountainous terrain.

“It’s already pretty crazy to fly at 200 feet, but we can do that at night or in weather where we can’t see anything. There’s something eerie about knowing there are 2,000 or 3,000-foot mountains around you and you’re flying between them at 200 feet. The margin for error is pretty low.”

The Air Force has already announced its intention to retire the B-1B Lancer in favor of the forthcoming deep penetration bomber, the B-21 Raider, though it seems unlikely that the Bone will be headed to the boneyard anytime soon.

In April 2018, a single B-1B successfully launched nineteen JASSM cruise missiles at targets in Syria. The JASSM’s extended range and stealthy characteristics make it an important addition to the B-1B’s arsenal, allowing it to fire its weapons from greater distances and in highly contested airspace. Perhaps even more importantly, the LRASM, or Long Range Anti-Ship Missile, also reached operational capacity on the Bone in 2018.
“That kind of makes us the premier anti-ship platform, and who saw the B-1 doing that five years ago?” Laney says. “There’s a lot of smart people well above my pay grade planning the future of the B-1. So, even though we have a retirement date on the books, they’re not slowing down.”

Today, the B-1B Lancer fleet is plagued by issues pertaining to its ejection seat systems, but it seems likely that these problems will soon be resolved and the Lancer will get back to what it does best.