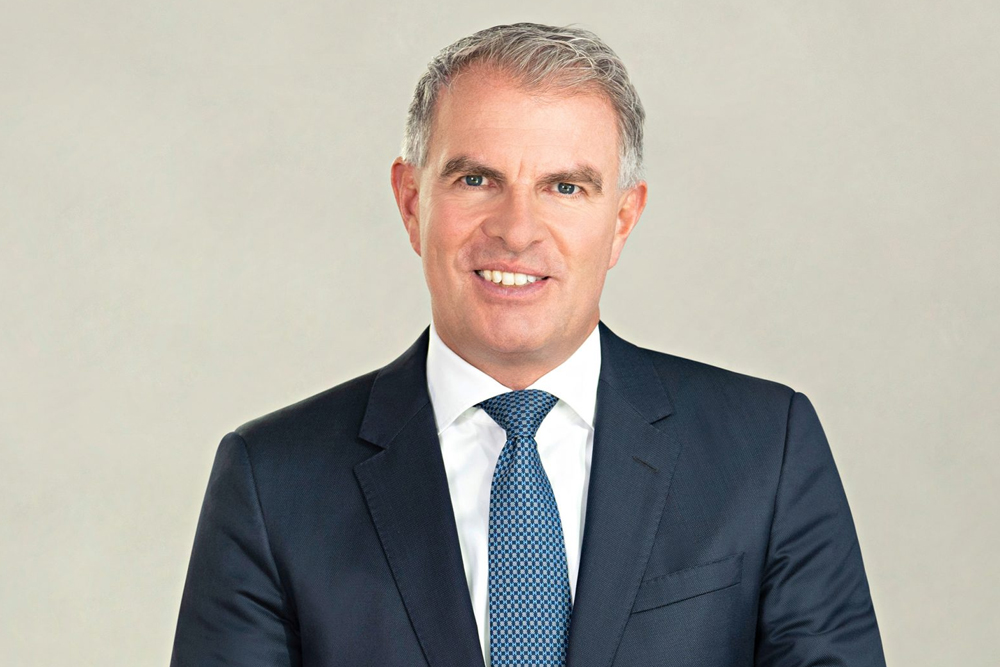 Carsten Spohr, has been Chairman of the Executive Board of Deutsche Lufthansa AG since 1 May 2014. He manages the Lufthansa Group with the business segments NetworkAirlines, Eurowings and Aviation Services with around 135,000 employees worldwide.

After graduating with a degree in industrial engineering from the University of Karls-ruhe, Carsten Spohr obtained a commercial pilot’s license at the Lufthansa Verkehrsflieger-Schule in Bremen and Phoenix. As a member of the central junior research group, he then completed the trainee program at Deutsche Aerospace AG, Munich.

In 1994 Carsten Spohr returned to Deutsche Lufthansa and initially took over the management of central personnel marketing. From 1995 onwards, he served as a speaker to the Chairman of the Executive Board until he assumed responsibility for Lufthansa’s regional partnerships in Europe in 1998. In 2000, Carsten Spohr was appointed head of the alliance management of Deutsche Lufthansa. In this function, he was responsible for the management and coordination of Lufthansa’s worldwide cooperation partners, including the Star Alliance and regional partners.

The airlines of the Lufthansa Group carried a total of 68.9 million passengers in the first half of 2019 – more than ever before. A seat load factor of 80.8 percent was achieved. This is also a historic high for the first half of the year.

Furthermore, Starting in Summer 2020, Lufthansa will be taking off from Munich with two additional Airbus A380 aircraft. This will increase the Munich A380 fleet to a total of seven aircraft, with the remaining seven stationed in Frankfurt. Soon, Lufthansa passengers can experience the world’s largest commercial aircraft on five routes from Munich, including the addition of two new destinations served by the double decker. For the first time, Lufthansa will be operating the A380 to Boston and serving San Francisco with an A380 year-round. In addition to these routes, Los Angeles, Beijing and Shanghai are also on Munich’s A380 flight schedule for summer 2020.

Currently, Lufthansa operates the Airbus A380 from Munich to Los Angeles, Beijing and Hong Kong. In the upcoming 2019/2020 Winter Schedule, the giant Airbus will operate to San Francisco, Miami and Hong Kong (until December 2019) as well as Shanghai (as of January 2020).

The Airbus A380 has been the flagship of Lufthansa since 2010, with a fleet of 14 aircraft. As of summer 2020, seven will be stationed in Munich and seven in Frankfurt. The Airbus A380 is the world’s largest commercial aircraft – 24 meters high and almost 73 meters long. Thanks to a high proportion of composite materials, the A380 is 15 tons lighter and has a 50 percent lower noise level than comparable long-haul aircraft. Moreover, the A380 flies in and out of airports, at the same speed of anA320. All of these characteristics contribute to the reduction of aircraft noise in airport surrounding areas.

The A380 has 33 percent lower fuel consumption and correspondingly lower CO2 emissions than aircraft of the previous generation.