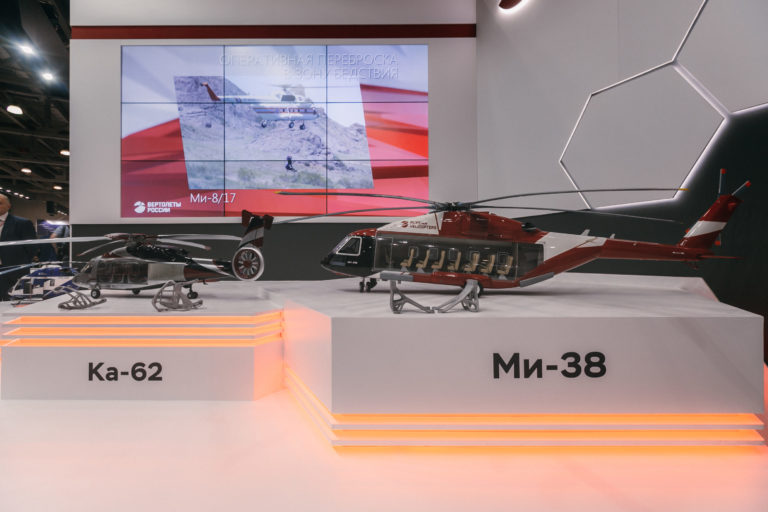 In 2019, Russian Helicopters Holding Company (part of Rostec) is planning to re-engineer approximately 30 different helicopter parts to be manufactured using 3D printing technology and integrate them to serial production starting from 2020.

“This year we are finishing the re-engineering of around 30 different parts and details that will be manufactured using additive technologies. These parts are currently manufactured with various methods, like casting, punching or machining and we need to integrate their production to 3D printing. According to our plans, this will process will start in 2020. We are talking about serious, power elements of the structures, units and systems of our helicopters. By the end of the year, we will decide whether we are ready to put these parts on serial production”, said Director for Innovations of Russian Helicopters Andrey Shibitov.

Each item will undergo construction re-design, strength testing and testing from the point of view of all modern production technologies. As part of the tests, it is essential to confirm that the part made using additive technology is equal or superior in its characteristics to the analogous item it replaces. Only after this, the new parts can be approved to be integrated to the production of various helicopter series. To date, already 80 different parts are undergoing re-engineering.

At the moment, Russian-made helicopters are yet to include parts made using additive technologies. Russian Helicopters predicts that the share of 3D printed parts will significantly increase during 2020-2022 around the world.

The use of additive manufacturing can significantly reduce the mass of the aircraft and its cost.
VRT500 is a light single-engine helicopter with coaxial rotors and maximum takeoff weight of 1600 kg. It will be equipped with the latest interactive avionics and have the most spacious passenger cabin in its class with the total capability of 5 persons. The helicopter can reach a max speed of 250 km/h, has a flight range of 860 km and can carry a payload of up to 730 kg.

The light multi-purpose Ansat helicopter is actively used by the Russian air medical services. The helicopter has compact size and does not require a large landing area. It can also be used for normal passenger and VIP transport, cargo delivery and environmental monitoring. High-altitude tests of Ansat have been successfully completed, which confirmed the possibility of its use in mountainous terrain at altitudes up to 3,500 meters.

JSC “Russian Helicopters”, a part of Rostec State Corporation, is a leading player in the global helicopter industry, the sole Russian designer and manufacturer of helicopters. The Holding Company was established in 2007 and is headquartered in Moscow. We operate five helicopter assembly plants, two design bureaus, component production and maintenance enterprises, aircraft repair plants and one helicopter service company providing after-sales support in Russia and abroad. The customers of the Holding Company are the Ministry of Defense, the Ministry of Home Affairs, EMERCOM of Russia, and other state customers, Gazpromavia, UTair Aviation company, large Russian and foreign companies.

Rostec is a Russian State Corporation that was established in 2007 to facilitate the development, production and export of high-tech industrial products designed for civilian and military applications. The Corporation comprises over 700 organizations in 60 constituent entities of the Russian Federation that are currently part of 15 holding companies and 80 directly managed organizations specializing in manufacturing military-industrial, civilian and dual-purpose products. Rostec’s portfolio includes well-known brands such as AVTOVAZ, KAMAZ, Concern Kalashnikov, Russian Helicopters, UralVagonZavod, etc. In 2017 the consolidated revenue of Rostec reached 1 trillion 589 million rubles, while the consolidated net income and EBITDA amounted to 121 and 305 billion rubles respectively. According to Rostec strategy, the main objective of the Corporation is to ensure that Russia has a technological advantage in highly competitive global markets. Rostec’s key objectives include the introduction of a new techno-economic paradigm and digitalization of Russian economy.