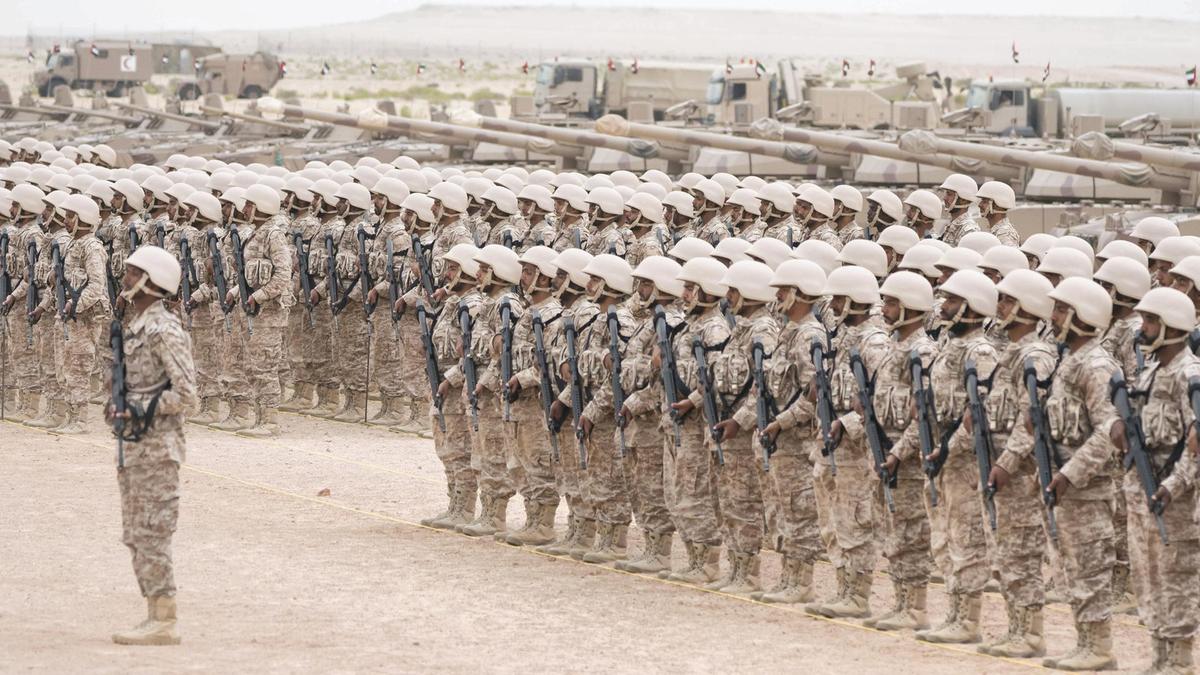 Hundreds of women from countries affected by conflict will be trained to become peacekeepers by the UAE Armed Forces next year.

Women from nations in Africa and Asia will undergo medical and combat training before returning home as part of a UN drive to create a force of female peacekeepers in potentially unstable countries.

After completing their training, the women can be sent to military and civilian areas to provide support, protect women’s rights and help reduce sexual violence.

The UN program was brought to the UAE last year after an agreement between the Ministry of Defense, the UN and General Women’s Union.

“The UAE will continue to advocate for the full empowerment of women,” Sheikh Abdullah bin Zayed, Minister of Foreign Affairs and International Co-operation, said at the time.

The first cohort of 134 female cadets, from seven Arab countries, was trained in Abu Dhabi this year. They completed three months of basic military training and two weeks of peacekeeping instruction, graduating on May 10.

A second batch expected to be about 400 women from 10 countries across Asia and Africa is scheduled to begin training in Abu Dhabi in January. It will be a country’s army under the Military and Peacekeeping Training Program trains the first time civilians.

This week, the ambassadors of participating countries and members of the peacekeeping programme met in Abu Dhabi to discuss the latest training.

It will take place at Khawla bint Al Azwar Military School under the patronage of Sheikha Fatima bint Mubarak, Chairwoman of the GWU, President of the Supreme Council for Motherhood and Childhood and Supreme Chairwoman of the Family Development ­Foundation.

“The UAE supports initiatives that enable women to participate in peacekeeping operations across the world, because we believe in the significant role of women working in the security sector,” said Maj Gen Pilot Sheikh Ahmed bin Tahnoon, Chairman of the National Service and Reserve Authority, who attended the meeting.

“We look forward to supporting the expansion of the program to include participants from African and Asian countries, and to ensure the success of these initiatives and maximize their impact across the world.”

The latest group of prospective peacekeepers will learn conflict resolution tactics and receive medical training, urban combat, field engineering and fitness training, as well as learning jiu-jitsu and military marching. After completing the programme, they will qualify to join their country’s military.

Currently women make up only 22 per cent of the 16,507 civilians working in peacekeeping missions. In total, there are 7,682 women peacekeepers across Africa and the Middle East — of which 3,623 are civilians.

“The success of this experience extends beyond the local and regional levels of participating countries,” said Dr Mouza Al Shehhi, director of the UN Women UAE Liaison Office for the GCC.

“We hope that the graduates will contribute directly and significantly to increasing the representation of women in UN peacekeeping forces with military policing duties as currently only about 5,000 from a total of more than 87,000 forces are women.”