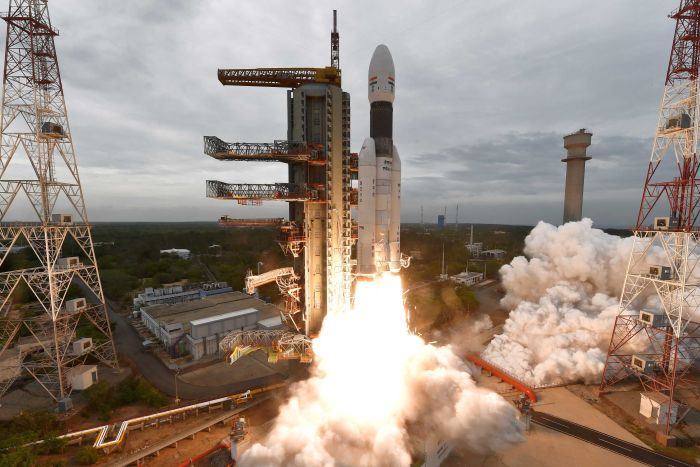 The two halves of India’s moon mission have parted ways in preparation for the tensest moment of the entire endeavor.

At the beginning of September, the Chandrayaan-2 mission split into two separate spacecraft: an orbiter that will circle the moon’s poles for about a year and a lander that will, later this week, attempt India’s first touchdown on the moon.

“All the systems of Chandrayaan-2 Orbiter and Lander are healthy,” Indian Space Research Organization (ISRO) officials said in a statement.

The Chandrayaan-2 mission launched in July, taking the slow road to the moon, where it arrived in orbit on Aug. 20. Since then, mission control staff at ISRO conducted a series of orbital adjustments to put the spacecraft on track for the south-pole-oriented mission.

The orbiter component of the mission builds directly on the legacy of India’s first moon mission, Chandrayaan-1, which carried the instrument that identified water ice buried in dark craters near the lunar south pole. The spacecraft carries eight different science instruments onboard, including two cameras, devices to identify different elements in the moon’s regolith and to calculate the amount of water ice with it, and an instrument that will measure X-rays emitted by the sun.

Now, the lander component is on its own, with several days on its schedule to orbit the moon, endure a series of health checks and fine-tune its position for landing.

That dramatic moment came on Sept. 6 at about 4:25 p.m. EDT (2025 GMT) at the end of a 15-minute powered-descent phase, according to Spaceflight Now. The mission’s landing zone is on a plateau between two craters and is farther south than any moon landing site to date — a key requirement for the landed component to follow up on Chandrayaan-1’s icy discovery.

The landing occurred early in the lunar day in order to maximize the data that can be gathered before the harsh lunar night freezes the spacecraft out of operation. The lander, called Vikram, carries three experiments: one to study the moon’s ionosphere, one to study temperature within the top 4 inches (10 centimeters) of the lunar surface and one to study moonquakes. The lander also carries a laser retroreflector that scientists will use to precisely measure the distance from Earth to this patch of the moon, even long after the lander runs out of energy.

Vikram also carries a rover, dubbed Pragyan, that weighs about 60 lbs. (27 kilograms). The rover is scheduled to leave its berth on the lander about 4 hours after arrival on the lunar surface. Pragyan carries two instruments that will help the rover identify elements near the mission’s landing site.

If the landing is successful, the maneuver will mark India’s first soft landing on the moon, making it the fourth country to accomplish that feat, after the Soviet Union, the US and China.