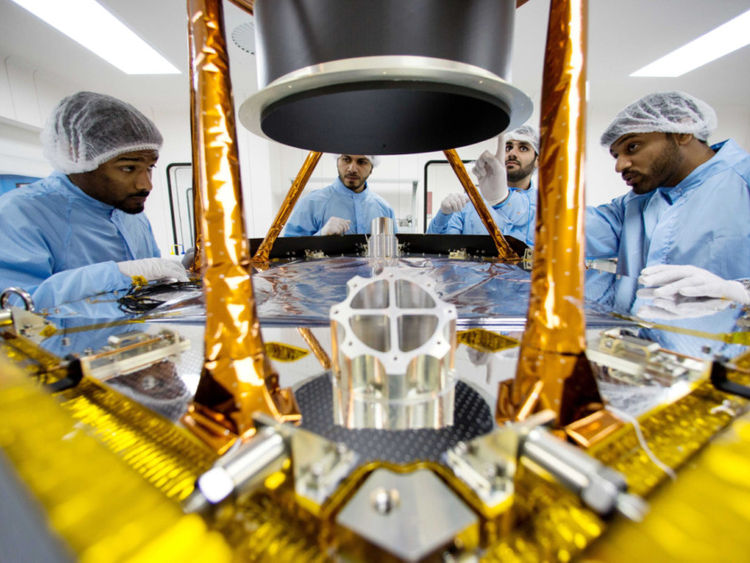 In another first, UAE Space Agency is planning to cultivate palm trees on Mars.

During the 6th Liwa Ajman Dates and Honey Festival 2019, which concluded on Sunday, the UAE Space Agency highlighted the possibility of cultivating palm trees on Mars. The agency’s plan is to send palm tree seeds to the International Space Agency, which will perform experiments and send the seeds to Mars for cultivation.

The agency’s pavilion at the festival was visited by a large number of people interested in agriculture and space, according to Wam.

Rashid Al Zaabi, Project Supervisor and Creator of the Palm Trees Experiment in Space Concept, said that they chose the palm tree because the environment on Mars is similar to the environment needed to cultivate palm trees. He pointed out that the agency aims to support scientific research in the space sector and strengthen the UAE’s efforts to create local and international partnerships that will create food security on the Earth and in space. The agency declared that it will send palm tree seeds to the International Space Agency over the coming days.

The UAE is on the verge of making history, after turning its dream of becoming the first Arab and Islamic country to send a spacecraft to Mars into reality. This monumental endeavor is the culmination of the efforts of a skilled and experienced team of young Emiratis, who with the support of the nation and its visionary leadership will secure the UAE’s position at the forefront of space exploration and the international space sector.” The Emirates Mars Mission’s Hope Probe is almost complete. What is the Hope probe?

The Hope Mars Mission also called Emirates Mars Mission, is a space exploration probe mission to Mars funded by the UAE and set for launch in 2020.e The spacecraft is set to arrive at Mars in 2021 to coincide with the 50th anniversary of the founding of the UAE.

It is a small-unmanned spacecraft weighing around 1.5 tonnes with fuel, about the size and weight of a small car.

A deeper understanding of the Martian atmosphere, and the study of climate change and its relationship to atmospheric erosion, which was one of the reasons for the disappearance of liquid water from the surface of the planet.

■ Imager: A digital camera that will send back high-resolution colour images.

■ Infra-red spectrometer: It will examine temperature patterns, ice, water vapour and dust in the atmosphere.

■ Ultraviolet spectrometer: It will study the upper atmosphere and traces of oxygen and hydrogen further out into space.