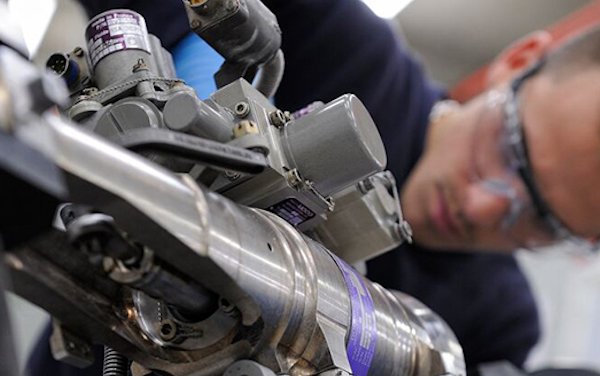 The agreement is for A330 component support and will see AFI KLM E&M provide repair and parts pooling services for Garuda Indonesia’s fleet of A330s (which currently numbers 24 aircraft), as well as solutions to enhance training and the development of GMF’s industrial capabilities.

Following the launch of partnerships for airframe, engines and components, this new partnership will boost the development of synergies between the two groups.

Anne Brachet, executive vice president Air France-KLM Engineering & Maintenance, said, “We’re delighted to continue strengthening our strategic partnership with GMF via this new cooperation. As a longstanding provider of A330 component products, AFI KLM E&M is committed not only to providing Garuda Indonesia’s fleet with the best support solutions.”

In addition to ensuring component support services for Garuda Indonesia’s A330 fleet, which is overseen by GMF, AFI KLM E&M will share its expertise on MRO products by offering training services and aid with industrial development projects focusing on GMF’s internal capabilities.available, but also to supporting its partner, GMF, in the development of its in-house capabilities.”

Tazar Marta Kurniawan, president and CEO of GMF, added, “Our partner AFI KLM E&M is a leading provider of A330 component support, and we’re certain that their expertise as an MRO/airline will be extremely valuable for the development of our MRO industrial capabilities. We’re excited to launch this new partnership and to further accelerate the potential synergies between our two groups.”