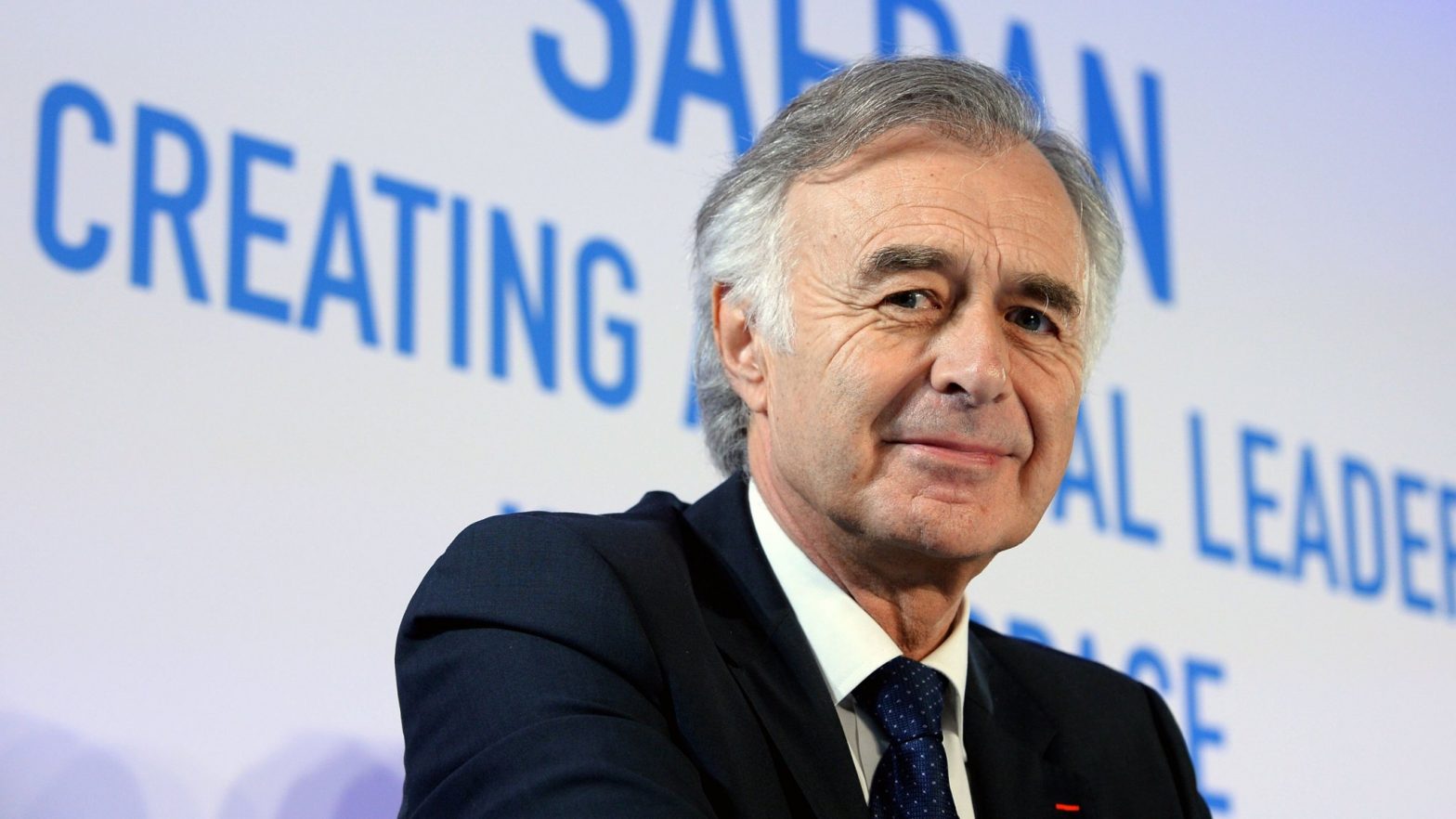 Born in 1952, Philippe Petitcolin holds a degree in mathematics and is a graduate of the Centre de Perfectionnement aux Affaires (CPA) business school.

Philippe Petitcolin began his career in 1978 as export manager for Europrim before becoming an export area manager for Filotex, a subsidiary of Alcatel-Alstom. In 1982 he was appointed Aviation Sales Director for Chester Cable in the United States before returning to Filotex in 1984 as Export Director.

In 1988 he joined Labinal as Deputy Sales Director before being appointed Sales and Marketing Director of the company’s Aeronautical Systems Division and subsequently its Managing Director in 1995.

Between 2011 and 2013, he served as President of Safran’s Defense and Security businesses, and then Chairman and Chief Executive Officer of Safran Electronics & Defense.

From July 2013 to December 2014, he was Chairman and Chief Executive Officer of Safran Identity & Security and Chairman of the Board of Directors of Safran Electronics & Defense.

He subsequently served as Chairman of Safran Identity & Security from December 2014 to July 2015.

On April 23, 2015, Philippe Petitcolin was appointed as a Director of Safran at the Company’s Annual General Meeting and then Chief Executive Officer by the Board of Directors on the same day.

Also on April 23, 2015, he became a Board member of the Aerospace and Defence Industries Association of Europe (ASD).

In July 2015, Philippe Petitcolin was appointed Vice-Chairman of GIFAS (Groupement des Industries FrançaisesAéronautiques et Spatiales) and in September 2015, he was appointed as a Director of Belcan Corporation, an engineering services company.

Recently, Safran Nacelles has received an award from Airbus for the best aftermarket support from an original equipment manufacturer (OEM) supplier, recognizing the company’s performance in supporting airlines’ in-service operations on single-aisle and wide-body Airbus jetliners.

This award was presented in France during the Airbus Global Supplier Conference and was based on ratings from Airbus and its airline operators during 2018. It factored in assessments that included scores on technical performance, logistics support, pricing and maintenance repair and overhaul (MRO) services, as well as comparisons with key performance indicators established by Airbus for each supplier.

Also, Air France became the first airline in the world to choose Safran Cabin’s latest ECOS luggage compartments to equip its A320 and A321 single-aisle short and medium-haul aircraft.

The ECOS ‘Efficient Cabin Open Space’ system offers up to 60% more storage capacity than the luggage racks currently available. It consists of new bins, ceiling and cove panels that provide a lower shelf height for ease of loading and visibility. The new luggage compartments are also equipped with easy to reach doors which do not encroach into the cabin aisle. Robust, lightweight and easy to maintain, the ECOS system is simple and fast to install, requiring no aircraft modifications. It provides an easier and smoother boarding experience, greatly reducing the time spent searching for luggage space on board or the need to put certain bags in the hold. Aircraft turnaround times will also be reduced to improve efficiency and on-time performance.