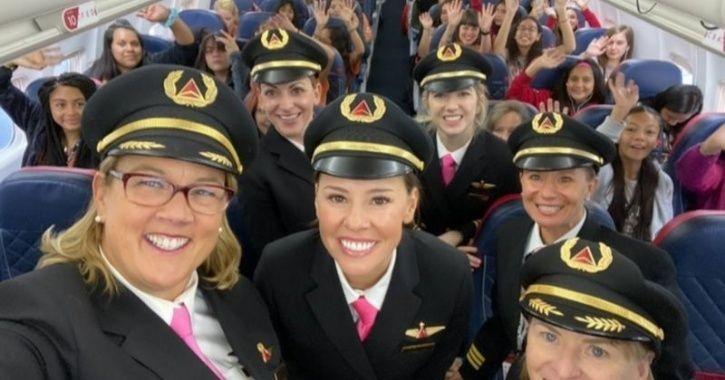 International Girls in Aviation Day took place in October, and for 2019 Delta celebrated in a special way.

The airline held its fifth annual Women Inspiring our Next Generation (WING) flight, during which an all-women crew flew 120 girls from age 12 to 18 from Salt Lake City, Utah, to NASA in Houston, Texas.

“From nose to tail, the flight was planned and orchestrated exclusively by women — including the pilots flying the plane, ramp agents working on the ground, gate agents boarding the flight and women in the tower guiding the aircraft on its way out,” Delta explained in a press release.

The airline first started the WING flight in 2015 “as an effort to diversify a male-dominated industry and expose girls to STEM (Science, Technology, Engineering and Math) careers at a young age.” Per the press release, including this year’s flight more than 600 girls have flown with the program.

Once the 120 girls made it to NASA, they reportedly toured the Mission Control Center, along with Building 9, the Johnson Space Center, and Space Center Houston. The students also met mentors from male-dominated aviation workgroups, and dined with NASA astronaut and aerospace engineer, Jeanette Epps.

Delta hopes that the annual WING flight will help close the gender gap in aviation and inspire more women to pursue careers in the industry.