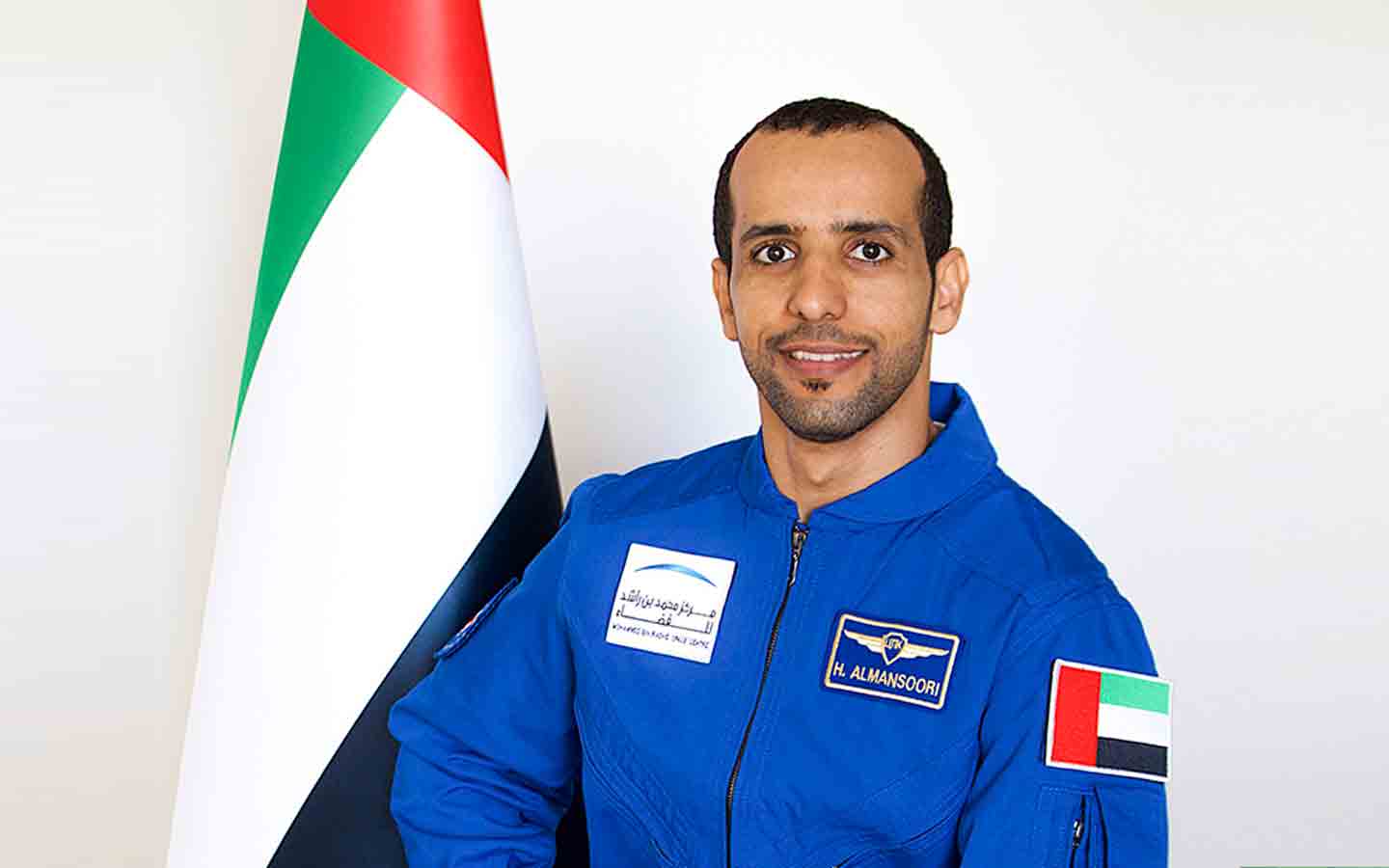 Hazza Al Mansouri made his first mark in the space industry when he became the first Emirati astronaut to visit the International Space Station (ISS).

Born in 1983 in the Abu Dhabi suburb, Al Mansouri loved exploring and watching stars and meteors on dark nights in the desert of Liwa where he spent most of his childhood. He dreamed of being a pilot and loved to read about airplanes and space trips.

After obtaining his Bachelor’s degree in aviation, Al Mansouri later joined the UAE Armed Forces and became a military pilot. The UAE sent him to train on F-16 fighter jets in Arizona, USA. He went through advanced training courses in Water Survival, GYRO LAP Course up to 9G’s, and RED Flag Exercise. After his return, he worked as an F-16 pilot.

In 2016, he was selected to train to be an air-show pilot. In 2017, he took part in the Dubai Airshow 2017 and participated in different shows in a number of cities in the UAE to mark the UAE National Day.

The former pilot was chosen among hundreds of other applicants. A total of 4,022 candidates declared their interest to become part of this prestigious program and officials from the Mohammed Bin Rashid Space Centre oversaw the selection process. The candidates were first tested in the subjects of technology, science, math, physics and their knowledge of space.

Only 400 candidates could clear these preliminary tests. The second test brought down the number to 95. These individuals then went through medical testing and only 39 interested candidates made the cut. Subsequently, they were given a chance to showcase their personality, cognitive ability, aptitude and intelligence in interview sessions.

Eventually, from the 39 candidates, Russian space experts assessed the top nine. After almost two years of hard work and preparation, finally, in September 2018, two people were chosen, Hazza Al Mansouri and Sultan Al Neyadi (Hazza’s back up).
His Highness Sheikh Mohammed Bin Rashid Al Maktoum made the announcement and he emphasized that the mission will raise the bar of ambitions for future generations.

Subsequently, the duo received training from international field experts. They were sent to the National Aeronautics and Space Administration – NASA (US), Gagarin Cosmonaut Training Centre (Russia) and the European Space Agency (Germany) for their training.

They passed their final qualification exam on 2nd September 2019 before flying to BaikonurCosmodrome in Kazakhstan where they prepared for the final launch set for 25 September 2019. Hazza Al Mansouri was at the ISS for eight days and returned back to earth on 3 October 2019.

While returning back, backup astronaut, Dr Sultan Al Neyadi, joined Hazza and the pair were given a hero’s welcome when they landed at the Presidential Terminal at Abu Dhabi International Airport on a Presidential Flight.
Emerging from the Presidential aircraft, Hazza waved to his awaiting crowd from the top of the stairs wearing the Mohammed Bin Rashid Space Centre (MBRSC) blue space suit and draped in a UAE flag. Upon his descent, he was met by the Crown Prince, and the two exchanged greetings.
Hazza then presented the Crown Prince with the flag of the UAE, which he took along with him on his journey to the International Space Station.

According to The National, during a press conference held on the same day, Hazza was asked how he felt to be returning home. To which the astronaut said that his pride was indescribable.

He was quoted as saying “As I was coming down from the plane and I saw Sheikh Mohamed bin Zayed, I saw in him the image of Sheikh Zayed and a dream older than 40 years coming true. I saw the happiness of Sheikh Zayed in all of you. I saw my country waiting for me. [I saw] pride that I represented the UAE and the Arab world in this mission. This is the start of a flame of hope for the Arab world in this field. I told Sheikh Mohamed that, for me, today is the day that I returned to Earth. ”
Not only was Hazza the first Emirati astronaut in space, he was also the first to speak Arabic in space. He also wore the traditional Emirati dress while aboard the ISS, and showed other astronauts on the ISS how he prays.

During the ceremony, the Crown Prince stated that Maj Al Mansouri and Dr Al Neyadi, along with their colleagues at the National Space Programme, have laid down a solid basis for the nation’s space ambition to reach Mars. Ending his series of tweets, Sheikh Mohamed bin Zayed Al Nahyan said “All thanks and appreciation to the Mohammed bin Rashid Space Centre and the UAE team of engineers, technicians and others, who contributed to the success of this remarkable journey inspiring our youth to contribute for the good of the nation.”