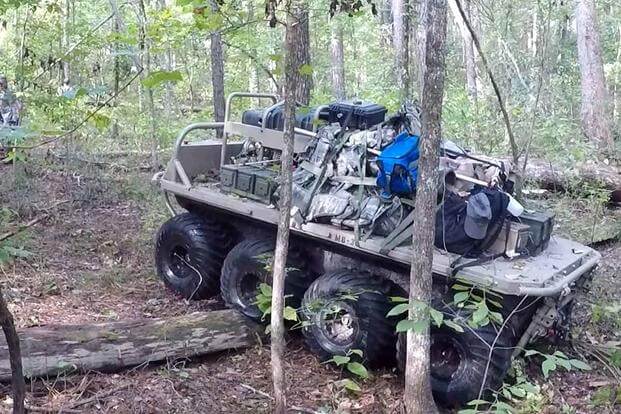 The US Army just awarded a contract worth $162 million to General Dynamics Land Systems to produce remote-controlled robotic mule vehicles to transport heavy combat necessities so small units won’t have to carry them into battle.

“The MUTT did very well in the [test demonstration]; it was the clear favorite among the soldiers,” Lt. Col. Rob Brown, the military deputy of the Robotics Requirements Division at MCDID, told Military.com. “GD did a really good job with their system.”

GDLS will make some changes to the system, however, before it is fielded, he said, describing how the generator will be moved to reduce noise.

“It is all electric, but there is a generator that charges the battery, so that generator was sitting on the outside of the vehicle and it was loud,” Brown said. “They are going to take that generator, put it under the deck and soundproof it so it’s a lot less noisy.”

The SMET will be capable of hauling more than 1,000 pounds of soldier gear at a speed of about eight miles per hour.

“It’s generally supposed to go at walking speed with the squad; that’s why it’s eight miles per hour,” Brown said.

The SMET will also generate three kilowatts of power to charge the growing number of tactical electronic devices soldiers carry.

“Having that power generation forward with multiple battery chargers was really important to the soldiers,” Brown said.

Initially, the SMET was intended to go to every squad, but Army officials decided that such a small unit doesn’t have the resources to maintain the mule or to transport it when not on foot, Brown said.

The plan now is to make SMET a battalion asset so squads, platoons and companies can benefit from the new vehicle but don’t have to keep up the maintenance.