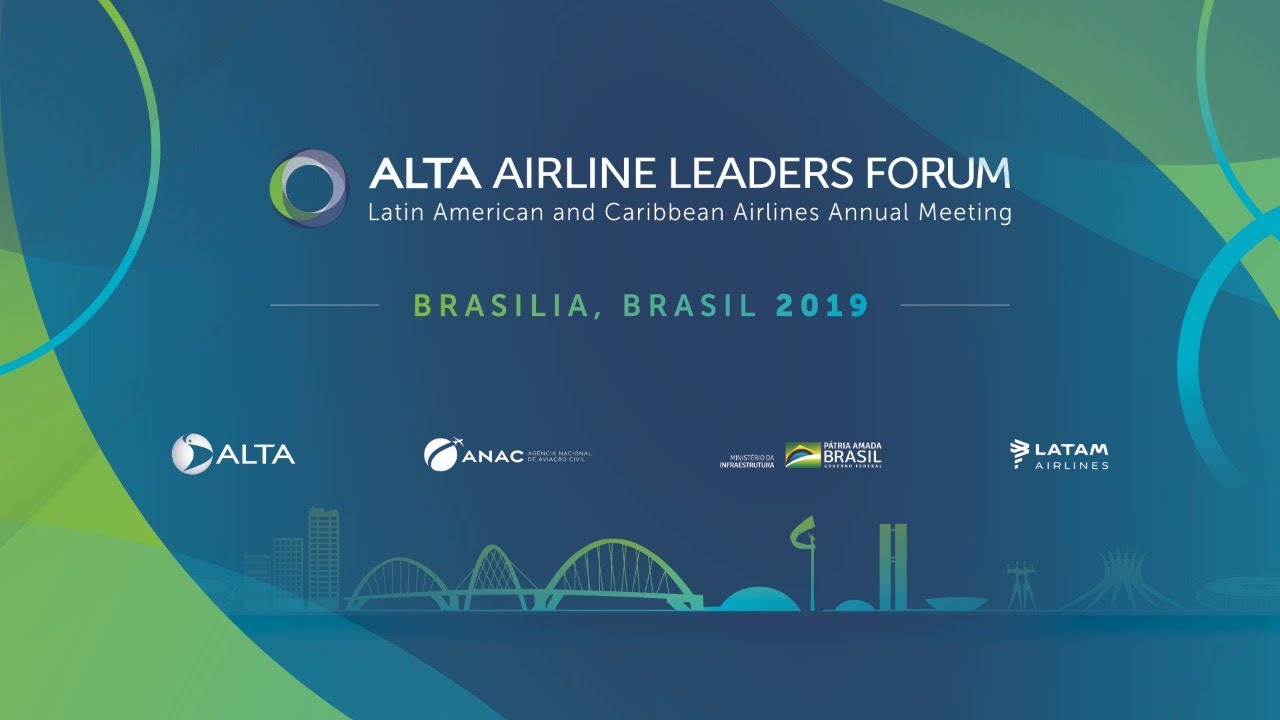 While men in dark suits accounted for the overwhelming majority of delegates at this week’s ALTA Airline Leaders Forum in Brasilia, the last day of the conference opened with a Women’s Network Breakfast, where the first presentation featured a panel of five prominent industry women debating competitiveness. People, diversity, and preparing for a fast-changing future dominated the discussion.

Diana Einterz, president for the Americas of SITA, warned against looking at “the urgent versus the important. Today’s airports are forty years old, and we’re building new airports. But these airports someday will be forty years old, and are we looking at that?” she asked. “What about parking? Will the future have autonomous vehicles? Will we need the same parking as today? Will we need rocket pads?”

Julia Sattel of Amadeus highlighted the value of diversity in her presentation. “People are the only competitive advantage a company has,” she said. ‘We have 150 different nationalities working in our company, and it’s our strongest competitive advantage. If all your people are alike, you always get the same ideas.”

Donna Hrinak, president of Boeing Latin America, spoke of the need for “getting the people right” in an industry that will need 800,000 pilots and 600,000 mechanics over the next 20 years. The most recent FAA authorization bill calls for the FAA to award grants to academic institutions for training pilots and mechanics, but she stressed a need to think not just of today’s “crewed” vehicles, but of future “uncrewed vehicles as well.”

The industry will need more engineers, which demands people with a good technical background. “In Brazil, we’re working with municipal governments on preschools, to start an interest in science early,” she explained.

Hrinak said Boeing learned unexpected lessons while working with Embraer. “We’re creating two joint ventures with Embraer, in commercial aviation and in defense,” she noted. “We have a lot of people at the mother Boeing who’ve never worked internationally before. It’s interesting watching them adapt to Brazilian culture.”

Americans carry certain preconceptions about Brazilians and vice-versa, she added. “Listening is the most important skill,” said Hrinak. “Listening to each other we’ve gotten over a lot of those stereotypes. The people who’ve really made an effort to listen to Embraer realize that that skill is important back home.” Older employees have gotten better at listening to the millennials and the younger people in listening to the baby boomers, she explained.

Silvia Escovar of Colombian fuel supplier Terpel echoed some of the sentiments about diversity expressed by Sattel and Hrinak. “People are the most important thing here,” while noting the relative lack of women in the aviation sector, especially in high positions. “Companies with gender equality are more effective, more efficient. Diversity is something that we have to have, and after diversity, we have to retain talent. Aviation requires being more flexible, understanding different cultures, speaking different languages. We have to work with governments all the time, more than any other industry.” Besides flexibility, Escovar emphasized the need to move quickly. “We have to keep in front of a world that is moving very fast,” she said.

Einterz’s response to the speed at which the future is arriving is speed itself. “The solution is to get moving,” she stressed. “It’s like turning the steering wheel of a car. When you’re sitting in a parking lot, it’s hard, but moving down the highway, a small turn changes direction quickly.” SITA’s booth outside the lecture hall presented a vivid example of the speed at which the future is arriving, with a system to scan passenger’s faces and recognize them for baggage check, security, and boarding aircraft.

While the fast-approaching arrival of the future represented a constant theme, Hrinak still expressed a certain lack of satisfaction with its pace. She said that Boeing’s Horizon X department two years ago opened a competition for “personal sustainable transport, to carry one person 25 miles.” Five teams now work on prototypes, and the best idea will receive a $1 million dollar prize. “I watched the Jetsons getting around in flying cars or with jetpacks,” she said, recalling her childhood. “It all took place in ‘the future,’ which seemed to be around the year 2000. It’s almost 2020 now, and where’s my jetpack?”