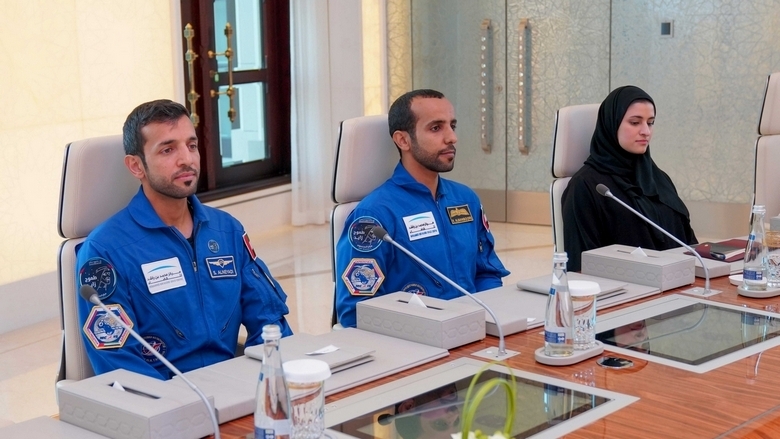 In the meeting held on the sidelines of a Cabinet session, Sheikh Mohammed praised AlMansoori’s achievement of becoming the Arab astronaut to travel to the International Space Station and took part in a discussion on the milestones crossed by the country’s space sector.

The meeting was attended by Sarah bintYousif Al Amiri, Minister of State for Advanced Sciences; YousefHamad Al Shaibani, director-general of the Mohammed Bin Rashid Space Centre; and Salem Al Marri, head of the UAE Astronaut Program.
The Emirati space sector is the largest in the region in terms of size, diversity and foreign direct investment. It has mapped out clear plans for future programmes and it is supported by a legislative and regulatory system, making it one of the country’s fastest-growing sectors.

It also plans to launch another eight research satellites before 2021, including the Hope Probe and Ain Al Saqr Surveillance Satellite.

The country’s investment in space amounts to Dh22 billion, with a nine per cent annual growth rate.

It is home to the first Arab space agency and has been working on the Arab World’s first Mars exploration project.