York to expand its production of S-Class satellites 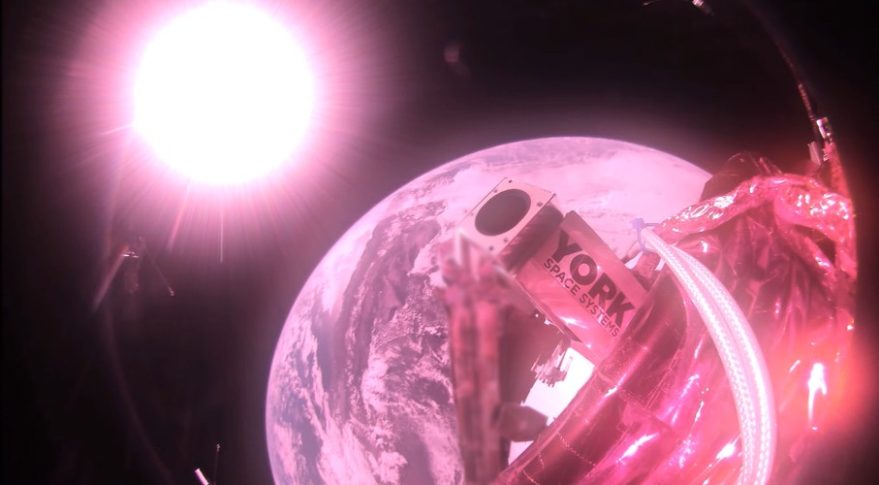 York Space Systems announced their plans to expand production facilities for its S-Class satellites. The Denver-based company that currently produces ten to 12 satellites per year will be able to produce 50 satellites in 2020 and hundreds of satellites annually in the future, York Executive Chairman Chuck Beames told SpaceNews.

York’s first satellite, sent into orbit in May on a Rocket Lab Electron rocket, is working well, Beames said, which could explain why customers are signing contracts to purchase more. ‘Flight heritage is a big risk reducer,’ added the retired U.S. Air Force colonel.

By expanding its facility, York will also speed up production. Currently the company delivers satellites to launch pads less than one year after contracts are signed, Beames said. In the future, the wait could be reduced to less than four months, he added.

“The military is very interested in that because it is operationally responsive,” Beames said. Commercial customers also want speedy delivery “because time is money,” he said.

York offers government and commercial customers three-axis stabilized S-Class satellites designed for five-year missions for about $1 million. That price does not include the instrument, which customers either provides or hires York to purchase and integrate. York offers turnkey service, operating satellites for government and customers, and even arranging launches, Beames said.

York’s satellite prices will decline as the company speeds up production. “We pass along the savings to our customers because we want to sell more,” Beames said.

Currently, York customers are evenly split among military and commercial organizations. In the coming year, the firm’s commercial business is likely to take the lead, he added.

“The York team has made incredible strides this year from the successful launch of our S-Class platform to being awarded missions for the United States Air Force—these milestones have put us on an exciting growth trajectory,” York CEO Dirk Wallinger said in a statement. “This expansion in our production will allow York to offer even faster and more affordable spacecraft solutions to our customers across commercial and government markets.”

York is delighted to announce a contract to deliver two spacecraft to the Air Force for deployment in geosynchronous orbit.

“We are delighted the Air Force selected York for this important mission,” Melanie Preisser, York national systems vice president said in a statement. “The versatility and low cost of our flight proven spacecraft and mission operations center enables customers to meet a variety of requirements, these Air Force missions being the latest. We are honored by this award and look forward to demonstrating on orbit how the commercial space market can support national security needs at dramatically lower costs.”