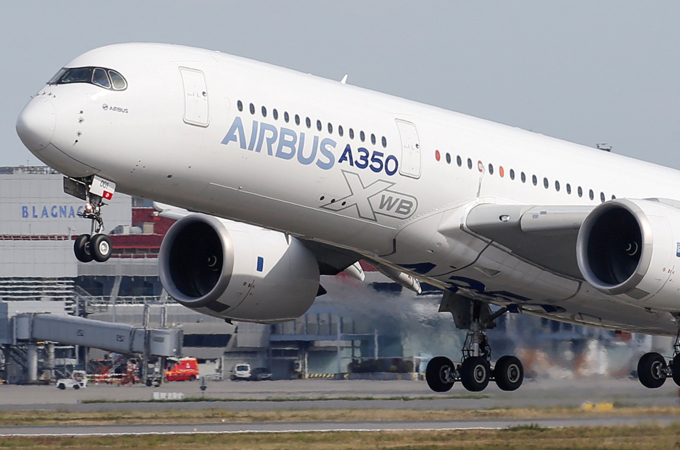 The Dubai-based airline, Emirates, announced that it has committed to a firm order of 50 Airbus A350 XWB aircraft. At list prices, the deal is worth more than $16 billion (AED58.7 million).

Its newest order replaces the previous Memorandum of Understanding (MoU) for 30 A350 and 40 A330neo aircraft, signed on February 14, 2019, after the airline announced that it is reducing its order size for the Airbus A380. Following the reduction of the order, the European manufacturer decided to cancel the production of the A380.

Chief Executive Officer and Chairman of the Emirates group, Amed bin Saeed Al Maktoum said that the order was signed after a “thorough review of various aircraft options and of our own fleet plans,” adding in that Emirates is “confident in the performance of the A350 XWB.” But previously, the confidence was shaky – in September 2019, Emirates’ President, Tim Clark, said that new aircraft lack reliability, as he noted that the airline “is not in a business to deal with aircraft that don’t function properly.”

Emirates’ President Tim Clark is running out of patience when it comes to continuous engine and aircraft performance setbacks. Speaking with reporters on September 4, 2019, Clark expressed his weariness of reliability challenges with new aircraft and said that the airline would not take delivery of new Airbus and Boeing jets unless the plane makers and engine manufacturers – Rolls-Royce, General Electric – get their act together.

Airbus’ CEO Guillaume Faury was happy with the “strong vote of confidence in our newest wide-body aircraft,” as the A350 brings “unbeatable economics and environmental benefits” to Emirates’ fleet. “We look forward to seeing the A350 flying in Emirates colors,” added Faury.

Reportedly, the Dubai-based carrier is not done shopping during Dubai Airshow. A report by Reuters indicates that the airline is also looking to finish negotiations with Boeing for an order of 40 787 Dreamliners that had been initially signed during the Dubai Airshow 2017. However, the deal has disappeared from Emirates’ financial reports and Boeing’s Orders & Deliveries website, raising questions whether Emirates is still interested in the Dreamliner.