Japanese government to build military training based on an uninhabited island 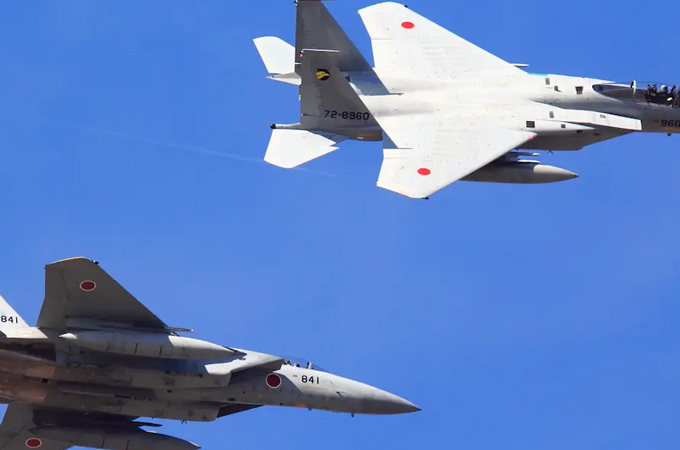 The Japanese government has completed the 16 billion yen (US$146 million) purchase of an uninhabited island between Kyushu and Okinawa prefecture which it plans to develop into a training base for Japanese and US military aircraft.

Mageshima is part of the Osumi Islands and hosted an important airfield for the Japanese military when defending Okinawa in the closing stages of World War II. Its planned development reflects Tokyo’s revised security doctrine and determination to protect the scattered islands off its most southern prefecture.

“It’s important to secure the site for field carrier landing practice from the viewpoint of security so we will continue to try to build a permanent facility at an early date,” chief cabinet secretary Yoshihide Suga said.

The government reached an agreement with Tokyo-based developer Taston Airport in January to buy the 8.2 sq km island for 4.5 billion yen. That deal collapsed in May when a new president of the company took over and demanded more money. The government agreed to increase its offer after taking into account the money Taston had invested.

The Japanese government has been seeking a suitable location for a training facility since it agreed eight years ago to provide US forces based in Japan a new site for landing practices.

US aircraft are not currently allowed to carry out flight practices at bases on mainland Japan due to noise pollution constraints. Instead, aircraft from the US airbase at Iwakuni in central Japan must fly about 1,400km south to Iwo To, better known as Iwo Jima. Mageshima is only 400km from Iwakuni, making it an ideal site.

“Building a permanent training facility is necessary to reduce worries among local people [in Iwakuni],”he said. “We’d like to ask the government to have the facility completed early.”

As soon as the transaction is finalised, the Japanese government plans to build infrastructure for the Self-Defence Forces on the island, to be shared with US forces. Tokyo also plans to transfer some of the US troops stationed in Okinawa to the island to reduce the burden on local residents aggrieved by US military presence. Tokyo could consider relocating training for Osprey transport aircraft which have been involved in several incidents in Okinawa in recent years.

Tokyo plans to assume control of the island for its military with one eye on potential security challenges, said Garren Mulloy, a professor of international relations at Japan’s Daito Bunka University.

“This now gives Japan an increased range of options,” he said. “If the need should ever arrive for Japan to increase its capacity in the southwest, it now has the ability to do that.

“The Air Self-Defence Force urgently needs bases and runways because a lot of its facilities are already close to maximum capacity and have limited space to expand.”

Mulloy also said a new base would allow the Japanese military to no longer share facilities with civilian airlines, as it does at Okinawa’s Naha Airport.

There are hundreds of uninhabited islands off the coast of Japan, although the vast majority are small and lacking the infrastructure required to support human inhabitants. At least 40 are much larger, including the Diaoyu Islands, located west of Okinawa. They are controlled by Japan, where they are known as the Senkakus, but mainland China and Taiwan have also staked a territorial claim to them, resulting in a long-standing dispute over their ownership.

“Japan may not need to have additional capacity now but many things could change in the next five, 10 or 20 years,” Mulloy said, with regard to the dispute over the sovereignty of the Diaoyu Islands.

“Japan is likely to move more and more units to its southwest as this will give it the capacity to smoothly transition to this new operational sphere.

“I do not anticipate any reaction from China as it is not as if they are doing this on one of the Senkaku islands, which would have been seen as provocative. But this does give the SDF an improved operational configuration.”

Mageshima is also sufficiently remote for Japanese or US forces to carry out live fire drills with rockets, cannons or free-fall ordinance, Mulloy said, although the government has made no mention of such drills.

The government must still obtain the approval of the community of Nishinoomote, which has nominal jurisdiction over the island and owns the remaining 1 per cent of the territory. The local government has to date been “cautious” on the issue of the island being used for military training.