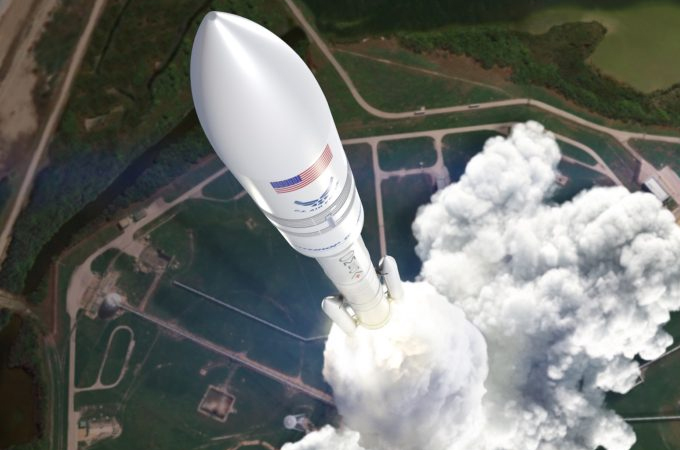 As the Air Force decides which two providers it will pick next year to provide national security launch services, Northrop Grumman is more actively promoting itself as a stable Pentagon contractor that could weather tough times better than its commercial competitors.

Northrop Grumman is one of four contenders in the National Security Space Launch Phase 2 Launch Service Procurement. It is offering the solid-propulsion OmegA, a launch vehicle dreamed up by Orbital ATK before the company was acquired by Northrop Grumman.

OmegA is an underdog in the NSSL competition that pits Northrop Grumman against SpaceX, United Launch Alliance and Blue Origin.

Northrop Grumman has yet to announce any customers for OmegA. Meanwhile, it is pushing the message that its financial strength as a diversified defense contractor should be considered by the Air Force as it decides which two providers in 2020 will receive five-year contracts.

Northrop Grumman, however, would not need many Air Force launches to remain a viable supplier, Precourt said Dec. 3 at a space industry conference organized by the U.S. Chamber of Commerce.

“History has shown that projected launch rates do not always materialize,” he said. The Air Force is “demanding that today’s competitors show they will not be dependent on a large Air Force launch manifest for their business to be viable,” he said. “Northrop Grumman is the only company among the launch competitors that sells many, many more products than its launch vehicles, meaning that all our overhead costs don’t have to be covered by just OmegA.”

Instead of a launch vehicle in search of many flights per year, said Precourt, “OmegA is a launch vehicle that adds a few more components to the existing manufacturing lines of those other programs.” OmegA will be available even “when the economy suffers a downturn.

As a result, said Precourt, OmegA’s business case closes on “very few launches per year without the need for complex reusable systems.”

Kent Rominger, Northrop Grumman’s vice president and capture lead for the OmegA launch system, said recently that the company only would only need two or three Air Force launches per year to keep OmegA financially viable. He has said repeatedly that OmegA was specifically designed for national security launches. The company said OmegA’s first flight will be in early 2021.

“We can go down to just two or three missions from the Air Force and our business case still closes, and that’s planning on only about two additional missions if times really get tight. Our plan is to fly more than that minimum of four missions, but we can go that low and our business case still closes,” Rominger said in October at the International Astronautical Congress.

Precourt also noted that Northrop Grumman is the only company among the competitors that is publicly traded, which leads to more “financial accountability and transparency.”