Textron to lay off employees at its Kansas headquarters 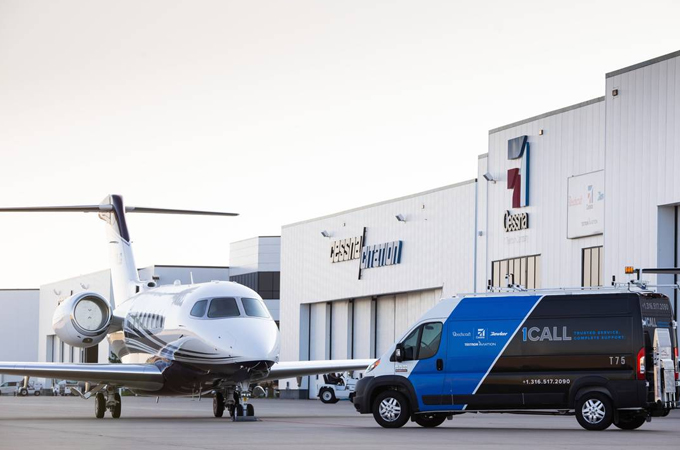 Textron Aviation will lay off hundreds of employees at its Wichita headquarters effective December 31, the Cessna and Beechcraft airframer announced recently. Positions primarily affected by the layoff are professional, the manufacturer said in a statement to AIN, including engineers and business support staff.

Company officials wouldn’t disclose the number of positions affected, although a Securities and Exchange Commission (SEC) filing by parent company Textron Inc. on Friday put the number at 875. Textron’s hourly workers in manufacturing and customer support aren’t expected to be affected by the job cuts. Textron employs about 9,500 people in Kansas, the majority in Wichita, where it assembles Beechcraft airplanes and Cessna Citation twinjets and turboprops.

The action follows a voluntary retirement program Textron offered recently to some salaried-exempt employees in Wichita. Just eight months ago, CEO Ron Draper told 600 customers and suppliers gathered at its annual customer conference in Wichita that Textron had hired 1,000 people in 2018 and expected to add another 1,000 this year.

In the SEC filing, Textron said the job cuts “are primarily related to engineering positions, reflecting completion of the Longitude certification activities and reduced requirements for ongoing development programs.” Severance and related costs are expected to total between $40 million and $45 million, with fourth-quarter 2019 pre-tax charges amounting to between $65 million and $80 million.

But the company said in its statement that it will continue to fill some needed positions despite the headcount reduction. “Textron Aviation remains focused on our long-term strategic workforce plan and will continue hiring as needed for skilled advanced aviation manufacturing positions such as composites, tooling, A&P mechanics, avionics technicians, and other direct manufacturing and customer support jobs,” the company said in its statement.

In its third quarter of 2019 ended September 30, the company reported mixed deliveries on revenue of $1.2 billion and a profit of $104 million.