UAE to conduct more space missions in the future 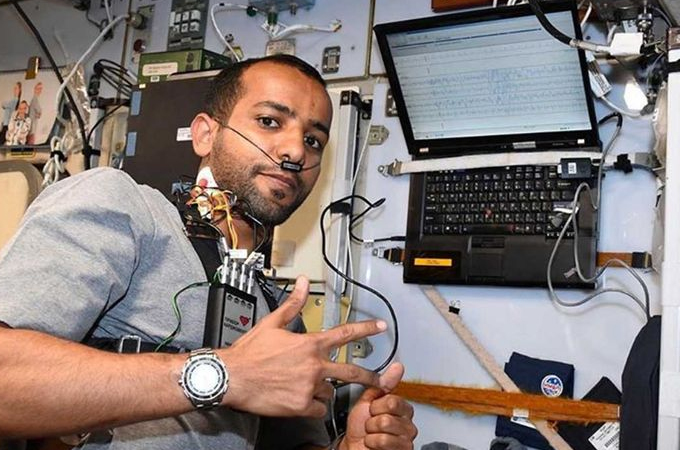 UAE is already working on plans for its next space mission, it was announced during the first press conference of Emirati astronaut Hazzaa Al Mansoori after his historic maiden space flight in September.

The recent press conference at Dubai Press Club was also addressed by Salem Al Merri, head of the UAE Astronaut Program, and Sultan Al Neyadi, who was the back-up Emirati astronaut for ‘UAE Mission 1’ to the International Space Station (ISS).

When asked about “what’s next” after the first UAE mission, Al Merri said “we’re working on our plans and will soon announce it”.

In October, Al Merri was quoted by SpaceNews.com as saying: “We’re now considering and opening up the [astronaut] selection process again and selecting one or two more [astronauts], and adding them to our first selection group.”

Al Merri had also said, according to Spacenews.com, “our target is that, in the next three to five years, we’ve started our next flight.”

Al Merri said “training and preparation” remained a major part of an astronaut’s life, “so that’s definelty what we have planned for [Al Neyadi and Al Mansoori] going forward, very in-depth training, looking for the next missions, and that’s what we’ll be working on and announcing as we start progressing”.

Al Mansoori, a fighter pilot, said there was a possibility of him returning to space. He explained that he had asked Al Merri, during his interview when he had applied for the mission, if the programme was “sustainable”.

“Because as a pilot, I’m changing my career, and it’s difficult to come back to being a pilot after this duration of being out of it. So it was my concern, is it a continuous program; am I going to go only once or twice or three times.

“And [Al Merri] said it’s a sustainable program; and you’re going [again] maybe in the future; it depends on your preparation and your health,” Al Mansoori said.

He added that he and Al Neyadi will share “our knowledge and amazing experience” with “everyone” through outreach events, especially in the UAE and the region, focusing on their journey from selection to training, and Al Mansoori’s ISS mission.

Al Neyadi added: “For the time being, one part of the mission has been accomplished, which is reaching space and coming back. The other part is to have an outreach, talk to the people, visit conferences and schools and universities and share the knowledge, and in the future probably we’ll have more missions.

“These kinds of missions need preparations and proper communication with counterparts like [US space agency] NASA and [Russian space agency] Roscosmos and other agencies. So I think it’s going to be a very exciting time in the near future.”

Al Merri, who is assistant director general of Dubai’s Mohammad Bin Rashid Space Center, said the UAE will in July 2020 launch its unmanned spacecraft, called Hope, to Mars. The probe, the first from the Arab world, will study the Martian atmosphere in unprecedented detail.