Demand for business aviation to go up in 2020 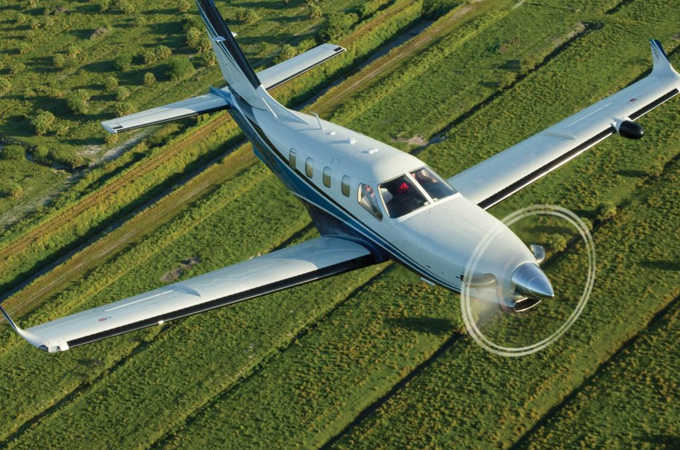 Business aviation OEMs ended 2019 on a high note, with projected deliveries up 10 percent year-over-year, to 700 units. That’s thanks in large part to the influx of newly certified models such as the Bombardier Global 7500, Cessna Citation Longitude, Embraer Praetor 600, Gulfstream G500/600, and Pilatus PC-24. While that wasn’t a record, it marked only the fourth time over the now-past decade that deliveries have surpassed the 700 aircraft mark.

And the relatively good times are expected to continue into 2020 as business aircraft manufacturers ramp up production of these fresher models. But weaker demand for much of the OEMs’ legacy products, recession fears, and further trade tariffs are likely to offset these gains into the new decade, meaning a lower single-digit percentage increase in deliveries is likely this year. In fact, JetNet iQ predicts a 3 percent rise in shipments this year, while Honeywell is only marginally more bullish in its near-term outlook.

But trouble looms, according to the business aviation data provider. “Business confidence has plummeted in the U.S. and overseas, with key indicators such as falling international trade in reaction to the ongoing tariff wars,” it said. In fact, JetNet iQ’s market sentiment indicator, which measures aircraft owner/operator optimism, has dropped sharply over the past five quarters and is hovering at its lowest level since the company began measurements about eight years ago.

With more than half of all business aircraft deliveries going to U.S. customers, political uncertainty due to this year’s Presidential election is likely to temper demand. Historically, some potential business aircraft buyers have sat on the sidelines until after the election is over, waiting to get a clearer picture of where the country is headed politically.

And business aircraft demand in Europe and Asia, especially China, is waning as their GDP growth slows. Additionally, Europe is grappling with Brexit and rising environmental activism, the latter of which includes the “flight shame” movement that is pushing people to use trains instead of aircraft for intra-European travel in a bid to help reduce carbon emissions.Top of FormBottom of Form

On the aircraft manufacturing side, legacy business aircraft models in the more mature phase of their production life cycle with delivery rates of one to 1.5 aircraft per month “are at risk of being taken out of production,” JetNet iQ said. Based on the latest-available GAMA general aviation delivery data, at-risk models include the Bombardier Learjet 70/75, Cessna Citation Sovereign+, and Dassault Falcon 2000S/XLS.

Despite economic and political headwinds, backlog value at the big-five OEMs increased last year for the first time in a decade, but JetNet iQ managing director Rolland Vincent said the “vast majority” of this rise is due to newly certified models. Much of this backlog is also for long-range, large-cabin business jets—a dynamic that heavily favors Gulfstream Aerospace and Bombardier Aviation over the other OEMs.

This dynamic is leading OEMs to develop even more new globe-girdling models. At NBAA-BACE in October, Gulfstream announced the 7,500-nm G700, first flight of which was pending at press time. Meanwhile, Bombardier and Dassault are widely expected to reveal more about their latest long-legged jets this year.

Bombardier has been coy about its Global 8000 as a follow-on, nearly 8,000-nm variant of the Global 7500, saying it wanted to stay focused on certification of the latter model before shifting to any variants. Now that the Global 7500 is certified and production is ramping up with delivery of nearly 15 of the twinjets in the fourth quarter alone, Bombardier can turn its attention to developing more new models.

And as Dassault’s Falcon 6X program transitions to a flight-test phase this year, the French aircraft manufacturer’s engineering resources can be directed toward its “next Falcon,” which Jetcraft and JetNet iQ forecasts both identify as the 9X. Dassault declined to provide any information about this new jet last year, but industry watchers remain optimistic that the new model will be launched by year-end.

While investment continues unabated into new models and deliveries are anticipated to be fairly healthy this year, 2020 could mark the beginning of the next industry slowdown, JetNet iQ warned. “Indicators of such a slowdown are beginning to be visible,” it said, noting recent layoffs at Gulfstream Aerospace and Textron Aviation.