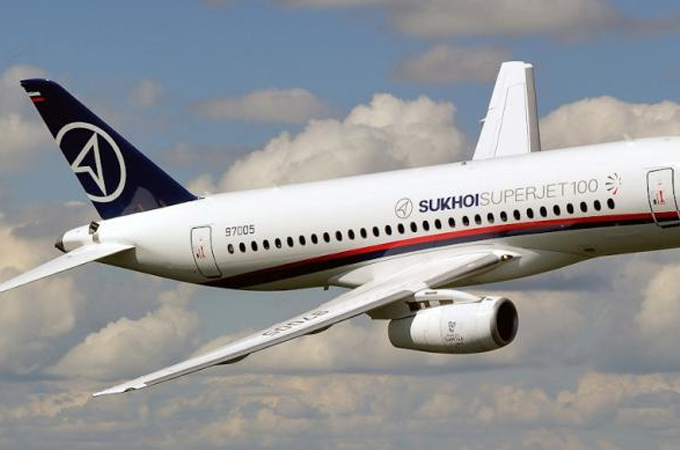 Russia has offered to build a maintenance center at Belgrade Airport to support a potential order for Sukhoi Superjets from Air Serbia.

“The Russian side offers help in upgrading the aircraft fleet of the Serbian national carrier Air Serbia,“ said president Vladimir Putin in a press conference with his Serbian counterpart.

Putin added, “We are ready to not merely supply domestically produced airplanes but also to set up a regional maintenance and repair center of Russian aircraft in the Belgrade airport.”

Air Serbia’s current fleet is an ungainly mix of narrow- and widebodies from both Airbus and Boeing, as well as ageing ATR turboprops that are the likely candidate for replacement with SSJ100s.

Russia and Serbia’s close ties mean that a deal could be on cards, although Serbia might be wary of the experience of Adria Airways in nearby Slovenia.

Earlier this year, Adria, which has since collapsed, cited contractual problems for its cancellation of a deal to take 15 SSJ100s on long-term lease, stating it had “growing concerns…about Sukhoi’s commitment to a fair and stable long-term partnership”.

Aside from the SSJ order, it is also unclear how Putin’s offer to set up a maintenance center ties in with local MRO Jat Tehnika’s announcement that it had achieved EASA Part-145 approval for line and base maintenance activities on SSJ100 regional aircraft.

Under the terms of the certification, granted by the European regulator on Nov. 12, the maintenance provider will carry out services at its main facilities at Belgrade’s Nikola Tesla airport while also conducting line services across its network.