SpaceX’s redesigned prototype to fly off in 3 months 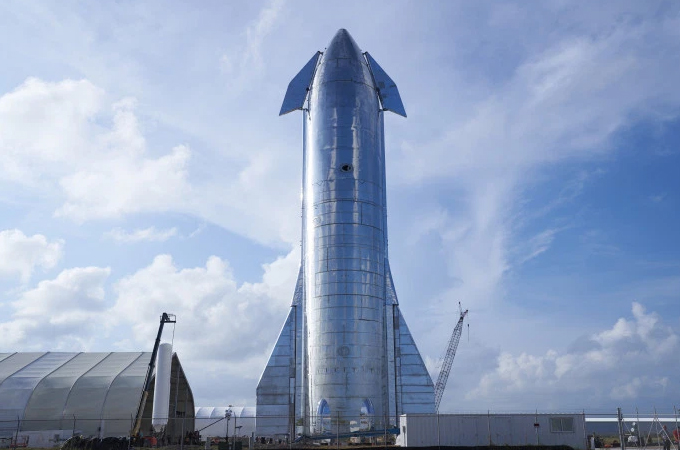 SpaceX’s newly redesigned prototype of its Mars-colonizing Starship craft could get off the ground for the first time just two or three months from now, company founder and CEO Elon Musk said.

SpaceX initiated that redesign after the first full-size Starship prototype, called the Mk1, blew its top during a pressurization test in November of last year. Construction of the new test vehicle, known as the SN1, is underway at the company’s site near the South Texas village of Boca Chica, Musk said via Twitter last week.

“We’re now building flight design of Starship SN1, but each SN will have at least minor improvements, at least through SN20 or so of Starship V1.0,” Musk tweeted on Dec. 27, 2019.

In another tweet that day, Musk posted a short video showing production of Starship tank domes, which he called “the most difficult part” of the vehicle’s primary structure. A tank dome, or bulkhead, seals off a Starship propellant tank; it’s the part that went flying during that November Mk1 pressure test.

All of this activity could result in a debut flight for the SN1 (which presumably stands for “serial No. 1”) before winter even melts into spring, Musk said in another Dec. 27 tweet: “Flight is hopefully 2 to 3 months away.”

SpaceX had been building Starship prototypes at its facilities both in Boca Chica and Cape Canaveral, Florida; the intracompany competition would end up improving the final Starship design, Musk has said. But that plan has been shelved, at least for now, the billionaire entrepreneur revealed in another tweet on Dec. 29.

Falcon refers to rockets — the company’s workhorse Falcon 9 launcher and the newer, more powerful Falcon Heavy. Dragon is the capsule that ferries cargo to and from the International Space Station (ISS) for NASA. SpaceX has also developed a crewed variant of Dragon under a different NASA deal, and the company is gearing up for that capsule’s first astronaut-ferrying test flight.

That Crew Dragon flight to the ISS, known as Demo-2, could happen quite soon. There’s just one major milestone to check off first: an in-flight demonstration of the spacecraft’s emergency-escape system, which is scheduled to take place on Jan. 11.

SpaceX’s overall Starship architecture consists of the 165-foot-tall (50 meters) Starship spacecraft and a giant rocket known as Super Heavy. Both of these vehicles will be fully and rapidly reusable, potentially slashing the cost of spaceflight enough to make Mars colonization and other ambitious exploration feats economically feasible, Musk has said.

SpaceX representatives have said that the first operational Starship flights, which will likely loft commercial communications satellites, could come as early as 2021. And the company already has one crewed Starship mission on its docket: Japanese billionaire Yusaku Maezawa booked an around-the-moon voyage on the craft, with a target launch date of 2023.