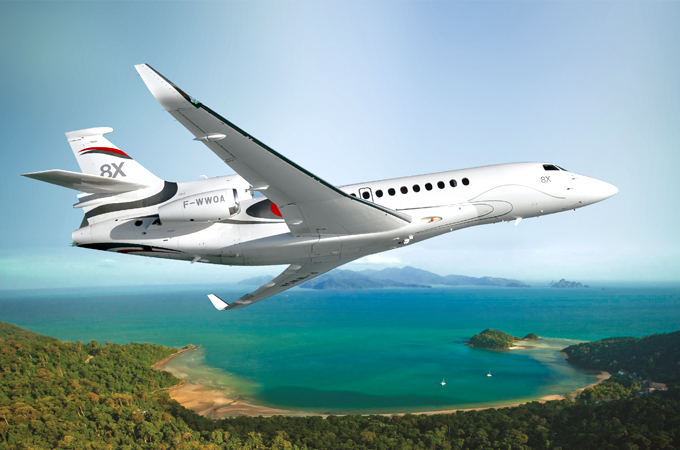 The total of 40 aircraft was five fewer deliveries than the 45 Falcons it said it would deliver in the year. It says that the drop in deliveries was due to what it describes as a “difficult market”.

During the year Dassault received 40 net orders for new Falcon business jets, two more than the 42 orders that it took in during 2018.

However, 2018’s net order intake was inclusive of an unspecified number of Falcon 5X orders.
Dassault cancelled the Falcon 5X project in December 2017 following repeated issues with Safran’s Silvercrest engines that were due to power it.

Dassault only gives an overall number of deliveries, rather than breaking down deliveries into individual aircraft types.

According to the AMSTAT database, 13 deliveries were the largest model in the Falcon line up, the Falcon 8X.
Deliveries included aircraft that are now based in China, Malaysia, Nigeria and Vietnam.