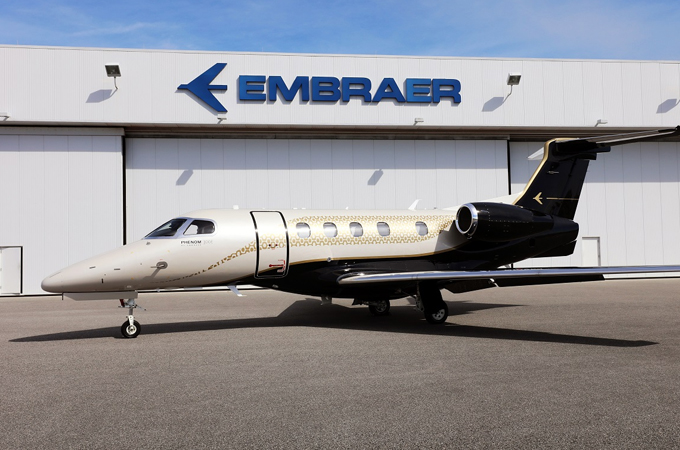 Embraer has launched an upgraded version of the Phenom 300E, in a move designed to boost the appeal and value proposition of the best-selling light business jet.

Scheduled to enter service in May, this latest model is the third iteration of the Phenom 300-series which Embraer introduced in 2009, and which it describes as “the most successful business jet of the past decade”.

Its arrival came just over two years after the launch of the original Phenom 300E – the E standing for ‘enhanced’.

The upgraded model features a host of improvements to the Garmin G3000-based Prodigy Touch flightdeck to deliver what Embraer calls “unparalleled technology in the [light-jet] category”.

These include predictive windshear, emergency descent mode and a runway overrun awareness and alerting system. This feature acts as an additional pilot, says Embraer “and warns if the aircraft’s approach is too steep or too fast, thereby increasing situational awareness”.

The Brazilian airframer describes itself as the first business aircraft manufacturer “to develop and certify any type of runway overrun awareness and alerting technology”.

Aircraft performance in the upgraded Phenom has also been boosted, with the Pratt & Whitney Canada PW535E1-powered twin delivering a high-speed cruise of 464kt (858km/h) – 11kt more than the current 300E – and a range with five occupants of 2,010nm (3,720km), 38nm further than its predecessor.

“The enhanced aircraft is the first single-pilot jet to reach Mach 0.80,” says Embraer,” making the fastest and longest-ranged single-pilot jet in business aviation even faster”.
In the cabin, Embraer has introduced an option of the premium Bossa Nova Edition interior that made its debut in 2018 on the midsize-category Praetor 500 and 600. It has also added a number of noise-reduction measures to enhance the in-flight and boarding experience.
The Phenom 300E also comes with a 4G connection via its Gogo Avance L5 air-to-ground internet system.

Embraer has shipped over 530 Phenom 300s since the first example was handed over in December 2009. This includes 70 300Es, the first of which entered service in May 2018.
It has consistently been Embraer’s best-selling business jet, and for the last seven years has topped the industry leaderboard for light-jet deliveries.

However, the Phenom 300 faces increasing competition in this sector, not only from established models such as the Cessna Citation CJ4, but also from newcomers such as the Pilatus PC-24 and the Learjet 75 Liberty, scheduled to enter service later this year,
“Despite the Phenom 300’s extraordinary success in the past decade, our team of visionaries is always striving to deliver the ultimate experience to our customers, which means taking an industry-leading aircraft and making it even better, faster and safer,” says Embraer president and chief executive Michael Amalfitano.