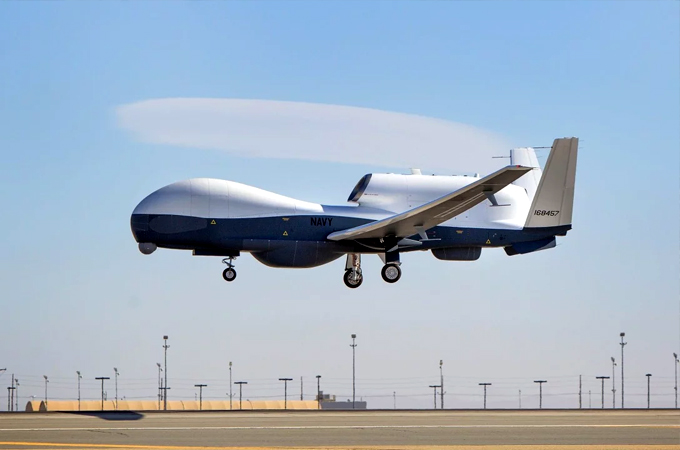 Two new US Navy drones arrived in Guam over the weekend for their first mission in the Pacific region, expanding the reconnaissance and surveillance capabilities in the area, the service said in a news release.

The MQ-4C Triton drones, manufactured by Northrop Grumman, will serve as part of an early operational capability to develop a concept of operations for the high-altitude, long-endurance systems, according to the Navy.

“The inaugural deployment of Triton UAS brings enhanced capabilities and a broad increase in Maritime Domain Awareness to our forward Fleet commanders,” Rear Adm. Peter Garvin, commander of the Patrol and Reconnaissance Group, said in the release.

Northrop Grumman says the Triton can detect, track, classify and identify naval vessels, and can fly nonstop for more than 24 hours.

The drones will operate under Commander Task Force 72 in 7th Fleet, which will use the aircraft for intelligence, surveillance and reconnaissance missions to complement the P-8A Poseidon, a military aircraft that provides anti-submarine and anti-surface warfare capabilities.