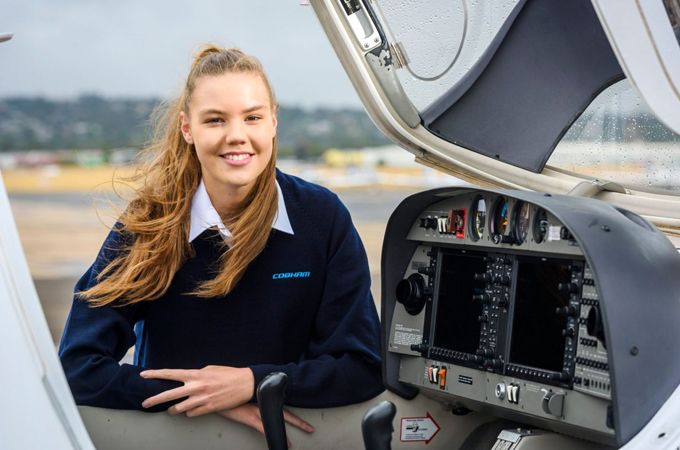 The 19-year-old from McLaren Vale, South Australia, joins the Cobham Cadet Pilot Program run in partnership with Flight Training Adelaide. There were over 400 applicants for the program.

Cobham also chose three other applicants for the 53-week intensive program. Jordan Negrin, Daniel Coulton and David Collins, who all relocated from Victoria for the Adelaide-based program. Cobham is taking on eight cadets in 2020 with another four due to join from the middle of the year.

“We were both surprised and delighted to be swamped by applications from around the country,” Dyer said.
“Once cadets successfully complete the program, they are fully equipped to become First Officers on our specially-modified Dash 8 aircraft – a process which would otherwise take years to obtain for novice flyers.”
Cobham provides airborne surveillance using Dash 8 aircraft for Australia’s national security, border protection, law enforcement and environmental protection under contract with the Australian Government. Cobham expect cadets to help deliver this important service upon graduation.