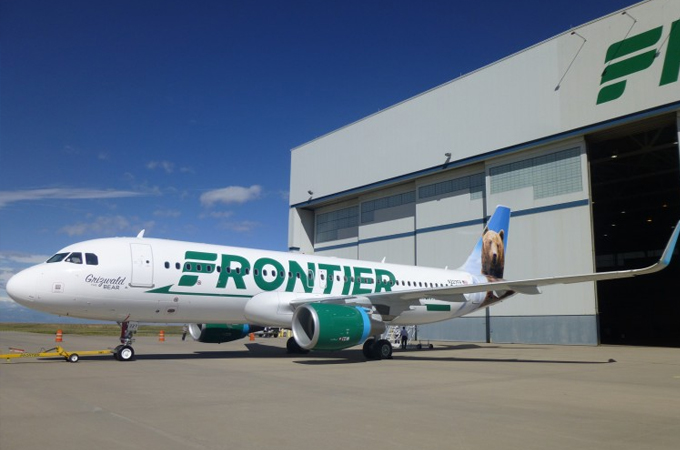 Low-fare carrier Frontier Airlines has opened its new 11,000-square-foot flight attendant recurrent training center in Orlando, Florida, and has been approved by the Greater Orlando Aviation Authority for its plans to build a 35,000-square-foot hangar at Orlando International Airport (MCO). The $10 million maintenance hangar will include indoor parking for Frontier’s largest aircraft, the Airbus A321, and an outdoor auxiliary pad for two additional Airbus A320 family aircraft.

Construction on the new hangar is planned to begin in 2020 and will take a year and a half to complete. Frontier plans to utilize the new facility for daily maintenance operations and more extensive work, including engine and landing gear changes.

Frontier expects the facility to create more than 45 new jobs in Orlando with an average salary of $75,000 to support its operations, doubling its current maintenance workforce at the airport.
“The new training center opened recently in Orlando will host approximately 1,000 flight attendants for recurrent training in 2020,” said Stephen Howell, Senior Director of In-Flight for Frontier Airlines. “Orlando is a world-class city and we are extremely excited to officially open this new facility and further grow our partnership with both the community and airport.”

The center will provide training for both flight attendants and customer service team members. The facility features three interactive classrooms, emergency/medical workshop areas and a specially equipped area for conducting emergency evacuation drills and procedures. The center will be staffed with full-time instructors and training support team members.

New jobs generated through both facilities are in addition to the nearly 1100 Frontier and business partner employees who are already based in Orlando, including more than 600 flight attendants and 250 pilots.