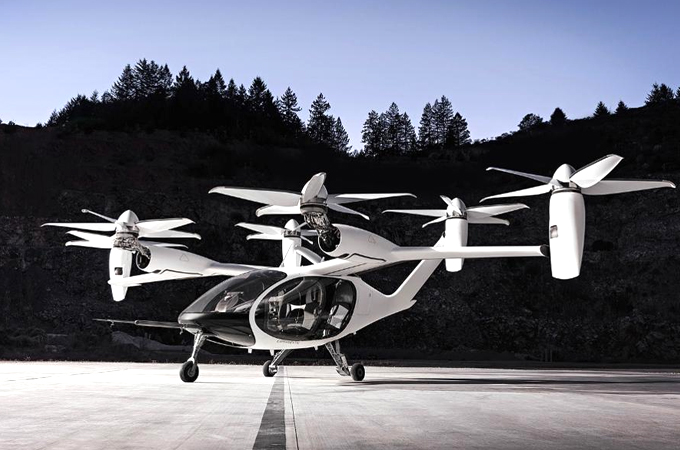 Toyota Motor Corp. has invested $394 million in US electric air-taxi startup Joby Aviation as lead investor in the recent $590 million Series C financing. Toyota said it is continuing to leverage emerging technologies to provide ‘Mobility for All’ as the lead investor as part of its transformation into a mobility company.

Apart from the investment, Toyota will also share its expertise in manufacturing, quality and cost controls for the development and production of Joby Aviation’s breakthrough all-electric vertical take-off and landing (eVTOL) aircraft project.

Toyota Motor Executive Vice President Shigeki Tomoyama will join Joby’s board of directors and play an active role in setting strategic direction at the Board level.

“Air transportation has been a long-term goal for Toyota, and while we continue our work in the automobile business, this agreement sets our sights to the sky,” said Toyota Motor President and CEO Akio Toyoda.

The Japanese automotive giant’s new collaboration with Joby Aviation is anticipated to help bring urban on-demand air transportation into the mainstream and initiate a new category of moving people and goods.

The eVTOLs are also anticipated to help alleviate persistent mobility challenges such as traffic congestion in urban areas, increased environmental burden and the lack of transportation in underpopulated areas.

The piloted all-electric powertrain, zero emissions aircraft is 100 times quieter than conventional aircraft during takeoff and landing, and near-silent when flying over. It can carry four passengers apart from the pilot and takes off and lands vertically like a helicopter.

The aircraft is capable of speeds of 200 mph, and can fly over 150 miles on a single charge. The aircraft has six propellers, but can fly with fewer. The eVTOLs offer lower operating costs, lower costs of maintenance, and enhanced safety features, while accelerating the shift to sustainable transportation.

Founded in 2009, Joby Aviation has been quietly developing the most advanced and comfortable electric vertical takeoff and landing aircraft for over ten years, designed specifically to pioneer the air taxi market.
This partnership will also enable Joby Aviation to take advantage of Toyota’s globally known quality and reliability as well as best practices in engineering and manufacturing processes. It will also help Joby deliver high quality, durable and reliable aircraft, and meet exacting safety standards, while facilitating the efficient mass production of these aircraft.

“Through this new and exciting endeavor, we hope to deliver freedom of movement and enjoyment to customers everywhere, on land, and now, in the sky,” Akio added.

South Korean automaker Hyundai Motor is also developing a similar S-A1 eVTOL aircraft in partnership with Uber, which is expected begin commercial operations in 2023. Aircraft maker Boeing is also in the fray, announcing in October last year a partnership with Volkswagen’s Proche brand to develop a concept electric aircraft.