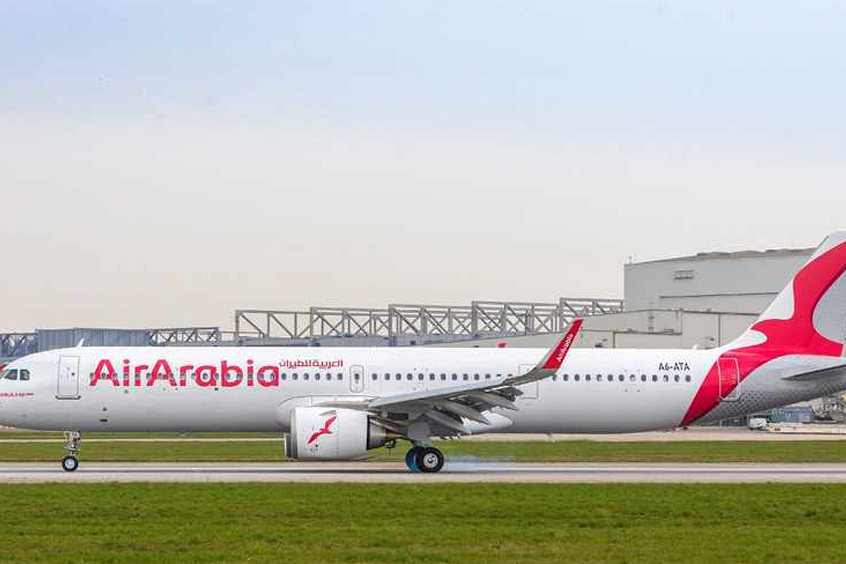 Air Arabia posted an 80 per cent surge in 2019 net profit, aided by higher passenger numbers from its four hubs in the UAE, Morocco and Egypt.

The budget carrier posted a net profit of Dh1 billion for the year ending December 31, 2019 after recording a year-ago loss, when it was hurt by a significant impairment charge linked to its exposure to collapsed private equity firm Abraaj.

The firm said full year turnover rose by 15 per cent to Dh4.75 billion and 16 new routes were added to the airline group network. The airline proposes a dividend distribution equivalent to 9 fils per share.
The full year financial results were backed by growth in passenger demand with Air Arabia serving more than 12 million passengers from its four hubs in the UAE, Morocco and Egypt, up 10 per cent compared to the 11 million passengers carried last year, Air Arabia said.

The average seat load factor – or passengers carried as a percentage of available seats – for the full year increased 2 percent at 83 percent, the airline said.

“Our focus on expanding into new markets combined with improved operational efficiencies has led to another year of sustained growth and profitability for the airline.”

“Going forward, we remain focused on driving operational efficiency across board, exploring opportunities and ventures that will best serve the airline’s ambitious growth plans while delivering optimum value to our customers and shareholders,” Al Thani added.

Air Arabia, now operating in its 16th year, runs flights to over 170 destinations, from four different hubs spread in the UAE, Morocco and Egypt.