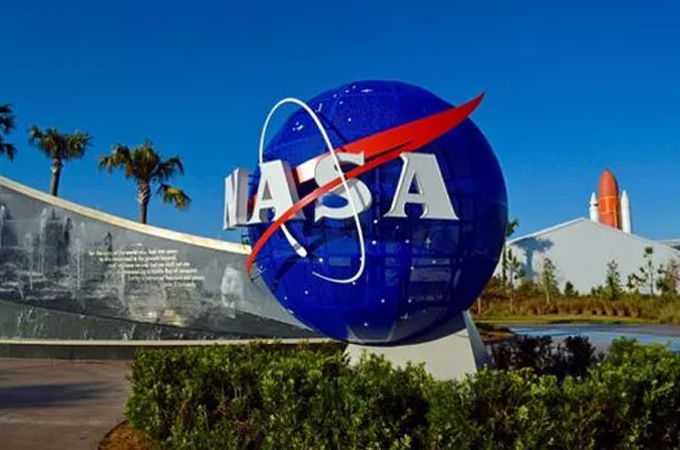 NASA’s Electric Powertrain Flight Demonstration (EPFD) is a project under the agency’s aeronautics directorate that will benefit from the White House’s proposed 4.5 percent budget increase. (NASA)

NASA might see a 12 percent increase in its budget per the White House’s request for fiscal year 2021, mostly for a push to return humans to the moon by 2024 — but the aeronautics branch of the agency would also receive a 4.5 percent boost in its funding.

The Aeronautics Research Mission Directorate (ARMD) stands to receive $819 million in fiscal 2021 as the White House increases support for research into aircraft electrification, unmanned traffic integration and safe implementation of autonomy systems — efforts that will dramatically impact the future of commercial and military aviation, including supersonic commercial flight, electric or hybrid-electric airliners and the emerging field of urban air mobility.

“Today, we are reinventing aviation for the next 50 years, where aircraft look different and aircraft are powered differently,” said NASA administrator Jim Bridenstine on the budget proposal. “The world of aviation is about to change forever, and the men and women of NASA are leading those changes. The 2021 budget fully supports aeronautics research that enables breakthroughs such as our X-57 all-electric experimental airplane scheduled to fly later this year.”

Some of the increased ARMD budget proposed by the White House will fund the Electrified Powertrain Flight Demonstration, a representative for NASA told Avionics, a project “working with U.S. industry and academia to identify and test technologies that will enable aircraft propelled by megawatt-class power systems,” according to the agency’s website. EPFD seeks to enable future use of electric or hybrid airliners for short-range and regional markets.

“And the budget supports one aeronautics project that in my opinion, has one of the greatest potentials to change all of our lives: urban air mobility,” said Bridenstine. “In the near future, semi- and fully-autonomous vehicles will provide many new services and carry packages and people in and around cities large and small. A big part of the urban air mobility world is the small drones that will transform the commercial industry for delivery, emergency response, agriculture, and so much more.”

Through the Urban Air Mobility Grand Challenge program, NASA intends to work with UAM aircraft developers and airspace integration partners to define and fly a series of scenarios that will help identify requirements for the commercial readiness of UAM technology and gather data for the FAA to use in regulatory and certification efforts.

The first Grand Challenge event, a “developmental test,” is slated for the second half of 2020. Through the project, NASA also intends to stand up “ecosystem-wide working groups” to elicit industry input, the first meeting of which is slated for March 10-12. NASA would not comment on the budget allotment for the UAM Grand Challenge or other specific efforts under the Advanced Air Vehicles Program (AAVP).

Pentagon and White House officials have expressed interest in future acquisition of electric aircraft, particularly those capable of vertical takeoff and landing, mostly for logistical support applications, with cheaper per-flight-hour and life cycle costs than helicopters. But as Brig. Gen. Walter Rugen, head of the US Army’s Future Vertical Lift cross-functional team, recently pointed out, batteries and other aircraft electrification technologies aren’t yet ready for military use — an area where NASA research projects might assist.

The Air Force also launched ‘Agility Prime’ in the fall, an Air Force Research Lab effort requested by Dr. Roper to leverage massive commercial investment in electric and hybrid VTOL aircraft. Roper and other Pentagon officials have since mentioned running a competition, or fly-off, to measure progress and provide data to the FAA for commercial certification purposes.

Funded by Congress at $25 million in fiscal 2020, the program doesn’t appear in the Air Force’s budget request. The Air Force and the White House did not respond to requests for comment about the future of the program.