WestJet to “increase numbers of women who have careers in aviation” 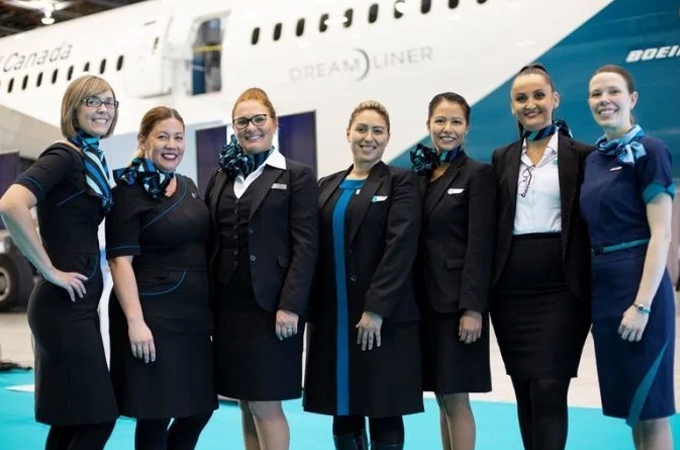 Canada’s second-largest airline WestJet is pledging to ensure that there are more women in leadership, aviation and technical positions. The announcement was made by the airline’s CEO in support of National Women in Aviation Week and International Women’s Day. In addition to the announcement, WestJet released a video that emphasizes “the need to increase the numbers of women who have careers in aviation”.

“We are proud to be among those leading the field for the inclusion of women in the flight deck. But, WestJet can do better…Leaders, including myself, must pledge to listen to the voices of women who work in all areas of aviation, recognize their potential, and support their growth and development. Strong male and female advocates are necessary, and I am dedicated to helping WestJet’s women soar.” -Ed Sims, WestJet President and CEO

The airline claims that it has the third-highest percentage of female pilots in North America as far as global airlines are concerned. The numbers are based on figures from the International Society of Women Airline Pilots. The society defines ‘Global airline’ as a network carrier flying outside of North America.

Although it has the title of third-highest percentage, this number is a fairly low 7% – which makes complete sense why this initiative is needed. Unfortunately, the industry average is even lower, sitting at just 5%.

However, with commercial aviation growing rapidly there are more and more opportunities to shift these numbers. This year, WestJet will focus on actively reducing the gender gap on its global leadership team. It will do this by launching a new and aptly named ‘Women in Leadership Program’ with the intent to facilitate the growth and development of managers.

WestJet has also partnered with an organization by the name of Elevate Aviation. Elevate’s mission is to “create a shift in the aviation industry and promote gender balance by connecting women with a network of support” – WestJet’s partnership will support Elevate’s goal.

“We need more visibility of women succeeding in various roles within the industry. The aviation industry is diverse in opportunities and we need to do a better job of reflecting that.” -Ashlee Tanner, WestJet, Manager, Fleet Engineering

The initiative by WestJet is along the same lines as one launched by IATA almost half a year ago. The “25 by 2025” initiative aims to stimulate a boost in gender diversity within the aviation industry by the year 2025.

At the 2019 IATA Wings Of Change Europe conference, 30 airline CEOs publicly signed a pledge to get more women into key positions at their organizations. The airlines represented at the conference were:

With this week being Women in Aviation Week (March 2-8) and International Women’s Day on March 8, WestJet will be featuring and recognizing women in leadership, aviation and technical operations positions within its organization.