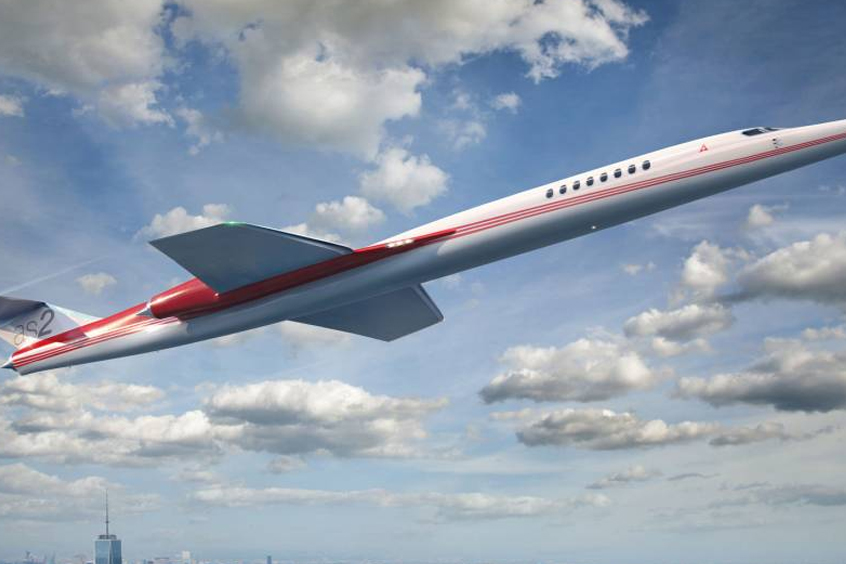 In a move that brings the reintroduction to civil supersonic flight closer to reality, the US FAA is proposing new noise standards for certification of supersonic aircraft.

The proposal would establish subsonic landing and takeoff cycle standards for supersonic airplanes with a maximum takeoff weight no greater than 150,000 pounds and a maximum operating cruise speed of Mach 1.8. This category of aircraft would constitute “Supersonic Level 1,” accommodating most of the current development activity, the agency said. The FAA does envision future rulemaking of designs that advance beyond that category but said more research needs to be conducted first.

Based on studies performed by NASA, work at the International Civil Aviation Organization, and industry research, the proposal would establish takeoff and landing cycle limits that would exceed Stage 4, which most aircraft currently meet. However, the standards are different than those of Stage 5, the FAA said, adding, “This difference reflects the need to take into account the unique technological and design requirements for supersonic aircraft to maintain long-distance supersonic flight.”

Design requirements such as fuselage and wing shape, along with variations in engine characteristics, have different effects on airplane noise than that of typical subsonic aircraft, the FAA said. The standards provide for use of airplane-specific noise abatement technical equipment and procedures such as variable noise reduction systems.

Stay on the leading edge of the business jet industry with AIN’s free daily newsletter.

This is designed to provide “allow maximum flexibility for manufacturers,” the agency said, adding it is striving “to allow the maximum latitude for these designs while they are still in their infancy.”

This proposal would provide a means to certify the aircraft for noise for subsonic operation domestically, the agency said. But it does not change the current ban on the creation of sonic booms over land, nor does it address noise associated with normal flight at cruise altitudes or supersonic speeds.

“Sufficient data are not currently available that would support rulemaking to develop such standards for supersonic airplanes,” the agency said. “Before any changes to the operating rules could be proposed, more research is needed on the production of noise at supersonic cruise speeds and the regulatory approaches that would be appropriate.”
As for aircraft that may exceed Supersonic Level 1, the FAA said the proposed standards will “serve as a launching point for adopting appropriate standards for future classes that could encompass, for example, heavier maximum takeoff weights and faster-operating cruise speeds…The FAA does not intend for today’s proposal to be a one-size-fits-all approach to emerging supersonic technology,”

The agency said manufacturers have been indicating a need for reasonable, achievable standards for more than a decade. In addition to manufacturers’ requests, the NPRM is spurred in part from a congressional directive for the FAA to take a leadership role in supersonic policy, the agency said. The NPRM marks the next step toward providing the necessary regulatory basis, following the release of a proposal last summer to enable the issuance of special flight authorizations for certification testing of supersonic aircraft.