NASA to go ahead with Artemis program by 2024 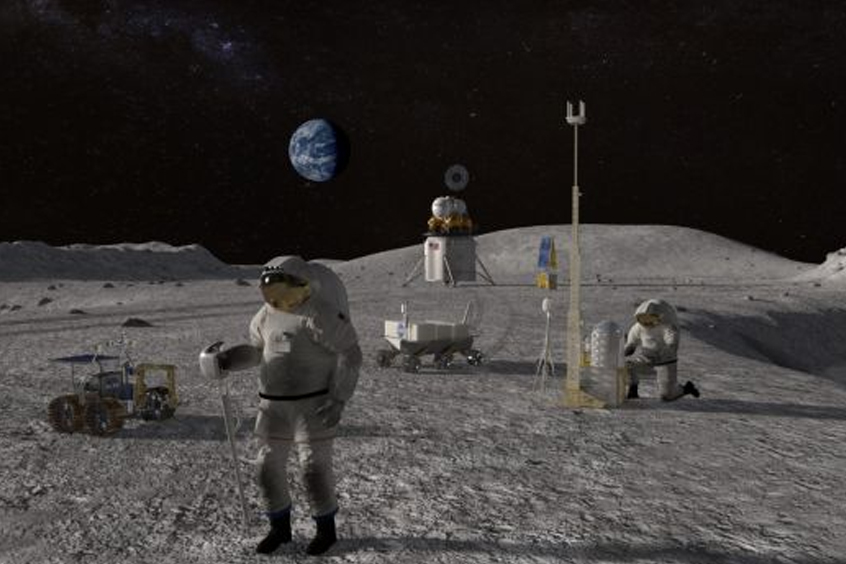 NASA is forging ahead with its Artemis program to land humans on the moon by 2024, but the agency has also just offered its first plan for what a US lunar presence may look like after that milestone.

“After 20 years of continuously living in low-Earth orbit, we’re now ready for the next great challenge of space exploration — the development of a sustained presence on and around the moon,” NASA Administrator Jim Bridenstine said in a statement released with the report. “For years to come, Artemis will serve as our North Star as we continue to work toward even greater exploration of the moon, where we will demonstrate key elements needed for the first human mission to Mars.”

In the long term, the facility would also require infrastructure for power, waste disposal and communications, as well as radiation shielding and a landing pad. The base could also be a site for testing new techniques for dealing with pesky lunar dust and the long, cold lunar nights, turning local materials into resources like water, and developing new power and construction technologies.

Artemis Base Camp would be accompanied and supported by two mobility systems: a lunar terrain vehicle to facilitate astronaut movement across the surface and a habitable mobility platform that could support trips away from for up to 45 days. (NASA is currently envisioning Mars surface missions as lasting just 30 to 45 days to reduce risks, according to the same document.)

“Mobility is a major part of the Artemis Base Camp,” the report reads. “Robust mobility systems will be needed to explore and develop the moon. The same is true for Mars, making the habitable mobility platform a particularly important element as we will need a similar type of vehicle to explore the Red Planet.”

The report also outlines a plan to use the moon-orbiting waystation dubbed the Gateway as a site for Mars analog missions. These practice missions could play out as a team of four astronauts living on the Gateway for several months, to mimic the duration of a journey to Mars, then a landing crew of two visiting the moon’s surface, then another long orbital stay to fill out the mission’s timeline.

“These missions will be by far the longest duration human deep-space missions in history,” the report states. “They will be the first operational tests of the readiness of our long-duration deep space systems, and of the split crew operations that are vital to our approach for the first human Mars mission.”

But the long-term vision for Artemis includes plenty of moon-specific science as well as preparing for Mars exploration.

“In time, Artemis Base Camp might also include a hopper that could deliver science and technology payloads all over the moon and which could be operated by crew at Artemis Base Camp and refueled using locally sourced propellant,” the report reads. “A lunar far-side radio telescope could also be remotely emplaced and operated from Artemis Base Camp — a sort of backyard radio-telescope at our first encampment on the moon.”