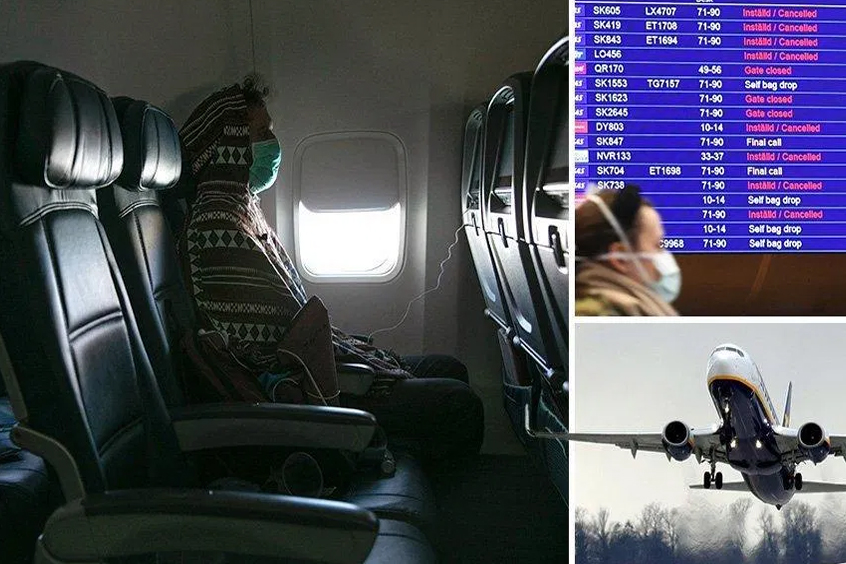 The aviation industry, which supports 65.5 million jobs around the world, including 10.5 million people employed at airports and by airlines, and contributes $2.7 trillion in world economic activity, will take three years to return to operational levels seen just before the Covid-19 pandemic broke out, global aviation bodies and leading airlines said.

While two of the leading international carriers from the UAE – Emirates and Etihad Airways – believe it could take three years for air travel demand to return to levels seen just before the Covid-19 pandemic broke out, Airports Council International (ACI) World and the International Air Transport Association (IATA) said the current state of the global air transport industry risks the loss of millions of jobs.

Sir Tim Clark, president of Emirates Airline, and Tony Douglas, group chief executive officer at Etihad Aviation Group, have said in a video conference hosted by the US-UAE Business Council that they believed 85 pecent of the world’s airlines are at risk of insolvency, and that without state support could go bankrupt before year-end.

Addressing the council members, they stated that their respective airlines continue to safely provide repatriation flights to and from the UAE, as well as cargo operations aimed at ensuring vital imports and delivering critical supplies for combatting the pandemic. They also noted the steps both airlines are taking to preserve jobs and retain staff during this difficult period, according to the US-UAE Business Council.

“Until an effective vaccine becomes widely available, how passengers fly in the future will be very different. Lasting restrictions like 14-day quarantines, testing, and social distancing will impact demand and operations,” they said.

The video call was attended by over 900 senior executives from leading American and Emirati tourism, aviation, defense and aerospace, healthcare, logistics, finance, and technology companies as well as by the UAE and the US government officials. Reuters said Emirates and Etihad could not be immediately reached for comment on the statements attributed to their executives.

The warning by the two top airline chiefs came as ACI and IATA made a joint call for governments to quickly grant financial relief to assist airport operators and airlines during the unprecedented crisis and support the essential connectivity the industry will provide for economic recovery.

“The aviation industry provides 65.5 million jobs around the world, including 10.5 million people employed at airports and by airlines, and supports $2.7 trillion in world economic activity. As the Covid-19 pandemic continues to unfold, airports and airlines around the world are engaged in a battle to sustain essential operations and to preserve jobs,” ACI-IATA joint statement said.

IATA has predicted that global airlines are expected to lose $314 billion in ticket sales this year, a fall of 55 per cent compared to 2019, because of Covid-19 with demand likely to hit rock bottom in the second quarter. It estimates that approximately 25 million jobs in aviation and its related value-chains – including the tourism sector – are at risk in the current crisis. Airlines will burn through roughly $61 billion in liquidity in the second quarter alone as demand plummets by 80 per cent while posting a quarterly mid loss of $39 billion.

As Middle Eastern carriers face a loss of $19 billion in revenue this year, for the UAE, IATA forecast a drop in 23.8 million passengers and a revenue loss of $5.36 billion with the airline industry risking 287,863 jobs and Dh17.7 billion from the country’s economy.

“The financial impact of the current crisis is unlike anything we have ever seen and requires urgent action by governments to assist the aviation industry to protect jobs, ensure essential operations, and plan for recovery,” ACI World Director General Angela Gittens said. “Urgent tax relief and direct financial assistance that is to the benefit of the entire aviation ecosystem is needed to help preserve millions of jobs, protect essential operations, and foster a balanced recovery. Preserving the continuity of operations for airports and airlines and protecting aviation jobs today will result in a faster economic recovery tomorrow.”

IATA’s Director General and CEO Alexandre de Juniac said the situation could not be direr. “Governments will depend on aviation to be ready to lead an economic recovery when this pandemic is behind us,” Mr. de Juniac said. “Governments must act now with financial lifelines that only they can provide for airlines and airports to see them through these extraordinary times. Airlines and airports are in this together. The more financially stable our airport partners are, the more they can help the industry to drive a recovery in air travel that will jump start the global economy.”