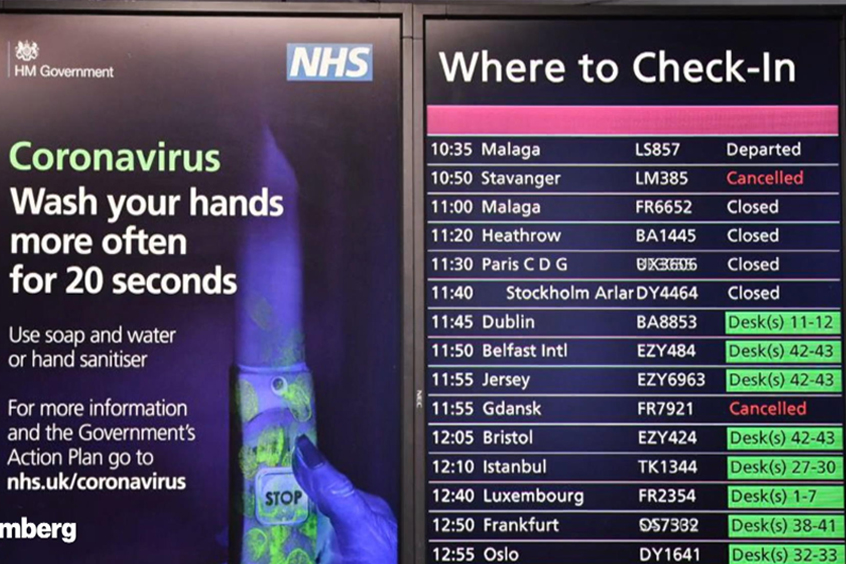 United Airlines Holdings Inc. will slash international flights by 85% in April, the most among major US carriers, as the coronavirus outbreak kills demand for air travel.

The carrier will also reduce flights across the US and Canada by 42%, and is monitoring changes in local rules and government restrictions before further adjusting its schedule, it said in a statement. The changes are the result of a continued drop in demand and virus-related restrictions, United said.

Airlines around the world are operating only a handful of flights, especially in international routes, as several countries have effectively closed their borders to prevent expansion of the outbreak. Most of the world’s airlines may go bankrupt by the end of May as they run out of cash, Sydney-based CAPA Centre for Aviation warned this week, while a lobby group said the industry needs government aid and bailout measures of as much as $200 billion to survive the crisis.

The epidemic has killed more than 7,800 worldwide and infected over 190,000. The Trump administration is discussing a plan that could amount to as much as $1.2 trillion in spending—including direct payments of $1,000 or more to Americans within two weeks—to blunt some of the economic impact.

The latest cuts are bigger than what United announced just two days back, and the carrier is also slashing salaries after withdrawing its 2020 profit forecast. Analysts warned that airlines are set to announce more reductions to flight schedules as the drop in demand is poised to be worse than after the terrorist attacks of Sept. 11, 2001.