Inmarsat, Airbus to develop next generation satellites for GX network 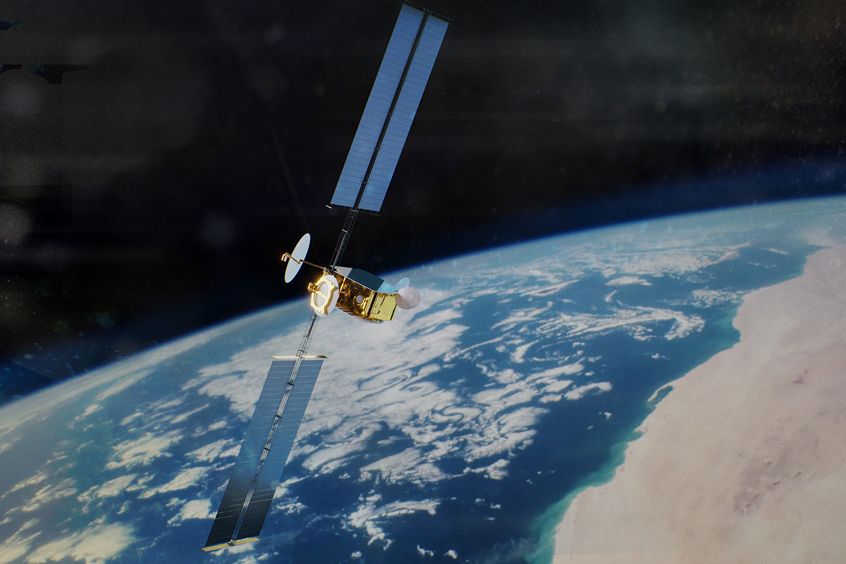 Inmarsat has signed a contract with Airbus Defense and Space (Airbus) to develop a new generation of satellites for its Global Xpress (GX) network.

The satellites, named GX7, 8 and 9, will be optimized for real-time mobility and feature thousands of dynamically-formed beams that direct capacity with laser-like precision over high-demand areas.

Breaking from industry tradition to enable a faster response to growing customer demand, it says the next-generation GX satellites will be delivered significantly faster than traditional procurement lifecycles.

It adds that the network can rapidly grow capacity for customers through in-orbit repositioning or even by launching a new satellite.

“GX is much more than just a satellite constellation, it’s a complete end-to-end solution and we have been equally ambitious in developing our ground stations, hardware, software and cybersecurity framework,” said Neale Faulkner, Inmarsat’s SVP Middle East, India and Africa.

“Our partners layer on top even more value-added capabilities and industry experience that are unmatched. This is unique to Inmarsat and positions us as a leader and innovator in this industry, allowing us to put our business aviation customer needs at the heart of our future investment decisions.”

The new satellites are scheduled to launch from 2023 and build upon the existing GX high-speed global network, which consists of four satellites already in operation and three more being launched over the next three years, starting with the GX5 satellite later this year.

The new satellites will allow for greater capacity over important flight routes.

However, an announcement in July, hopes to bring high-speed connectivity to high latitudes via Inmarsat GX. The company announced a contract to introduce two new highly elliptical payloads for its Global Xpress (GX) network in partnership with Space Norway and its subsidiary, Space Norway HEOSAT.

Scheduled to launch in 2022, GX10A and 10B will be the first satellites in the GX network to be placed into highly elliptical orbit (HEO).

This agreement marks a new direction for Inmarsat, which has always owned the satellites it has in orbit.

The new satellites will also provide Live TV broadcast on Emirates flights, allowing customers to watch live news or sports over the polar region. The airline’s Live TV is currently available on 175 aircraft, including all its Boeing 777s and select Airbus 380s.

Inmarsat Aviation president, Philip Balaam, said: “Inmarsat has an extremely successful track record of working with Emirates to ensure their in-flight connectivity requirements are met on a global basis, both in the cockpit and the cabin.

“We are delighted to continue that tradition with the rapid development of our Global Xpress (GX) satellite network.

“Our development of the GX network is a great fit for Emirates and, once again, they have played an important role in our decision for these latest expansions.”

Inmarsat said its commitment to innovation will continue, based on a proven network strategy. It added that the future would bring “agile, efficient, precision-engineered solutions that anticipate and fulfil customer needs”.

The plan (with Inmarsat GX7, 8, 9 and beyond) is to have the capability to generate thousands of simultaneous, independent beams of differing sizes, bandwidth and power, which can be reconfigured and repositioned with pinpoint precision in real time.

The HEO satellites will allow Inmarsat to provide satellite coverage over the poles and will go some way to safeguarding its future. Companies like OneWeb are planning fast Ku-band satellite systems in low-Earth orbit that could ultimately challenge the dominance of geostationary satellite systems, which Inmarsat has enjoyed for years.