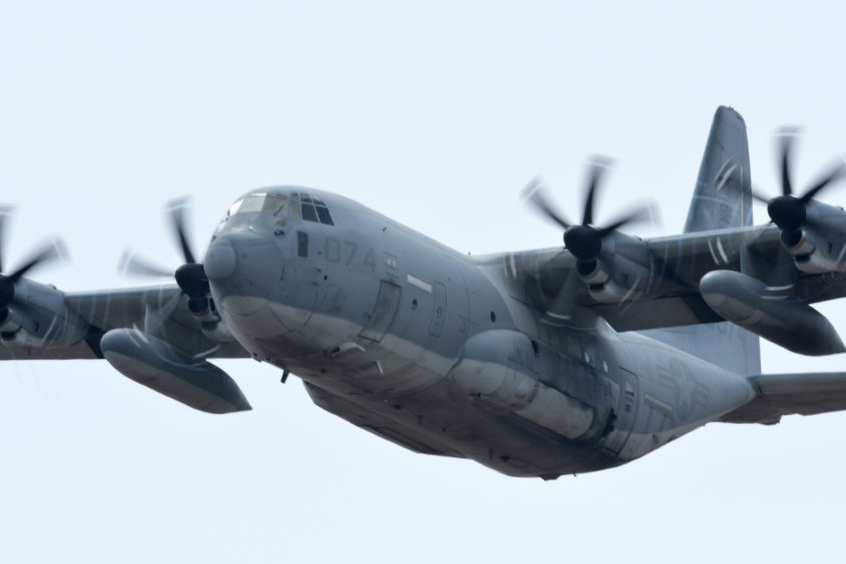 VMGR-452 is the second Marine Reserve squadron to operate KC-130Js and this delivery signifies the recapitalization of the squadron’s existing KC-130T fleet. VMGR-452 — known as the Yankees — has operated Hercules tankers for more than 30 years, flying KC-130s in support of Operations Desert Storm, Enduring Freedom and Iraqi Freedom.

“The KC-130 Hercules tanker has been a pivotal part of Marine Corps aviation operations since 1960, a relationship that began with the KC-130F and R-models, transitioned to the KC-130T and continues now with the KC-130J Super Hercules,” said Rod McLean, vice president and general manager of Lockheed Martin’s Air Mobility & Maritime Missions line of business. “Our C-130 team knows this delivery is significant and represents increased capability for VMGR-452. We are proud to support our Marine aviation partners as they continue to be ‘first to fight’.”

The KC-130J is one of nine production variants of the C-130J Super Hercules, the current production model of the legendary C-130 Hercules aircraft. With 460+ aircraft delivered, the C‑130J is the airlifter of choice for 20 nations. The global Super Hercules fleet has more than 2 million flight hours of experience supporting almost any mission requirement — anytime, anywhere.

The U.S. Marine Corps has the distinction of operating the largest KC-130J Super Hercules fleet in the world. This delivery continues the U.S. government’s transition to the C-130J as the common platform across Marine Corps, Air Force and Coast Guard.