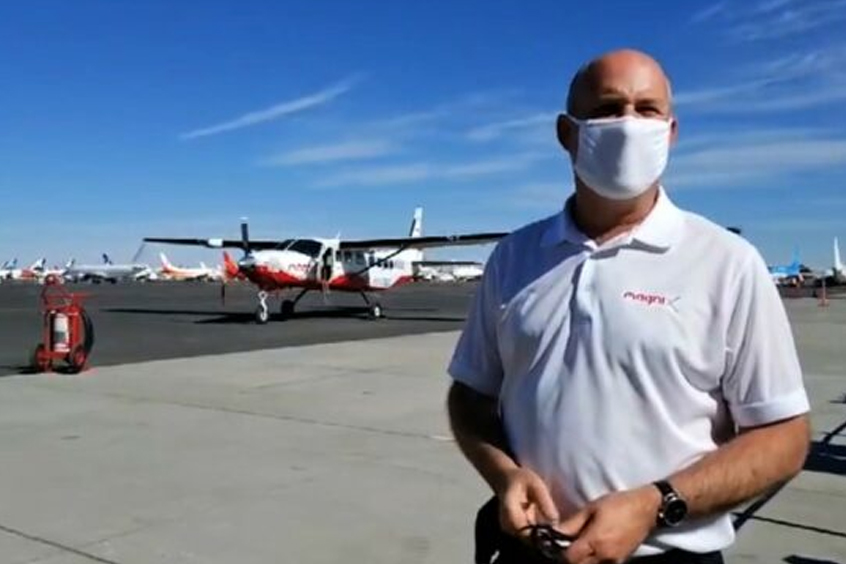 Magnix recently made the first flight with a prototype of a Cessna 208B Grand Caravan aircraft powered by its 750-hp Magni500 all-electric propulsion system. The aircraft took off from Grant County International Airport in Moses Lake, Washington, and landed more than 30 minutes later after conducting some basic maneuvers.

According to Magnix and its partner AeroTec, the Grand Caravan is the largest aircraft to have flown with an all-electric propulsion system. The companies are developing the re-engined turboprop single under the name eCaravan and are aiming to achieve certification by the end of 2021.

AeroTed has been responsible for replacing the Grand Caravan’s 867-shp Pratt & Whitney PT6A turboprop with the Magnix propulsion system. It currently draws power from a set of 750-volt lithium-ion batteries weighing around one tonne that need around 30 minutes of charging after a flight of the same duration.

The partners estimate that current battery technology would allow the 10- to 14-seat aircraft to carry nine passengers on flights of up to around 100 miles. Magnix is also considering lithium-sulfur batteries or hydrogen fuel cells as alternatives that might support longer-range operations.

“The iconic Caravan has been a workhorse of the industry, moving people and transporting goods on short routes for decades,” said Magnix CEO Roei Ganzarksi. “This first flight of the eCaravan is yet another step on the road to operating these middle-mile aircraft at a fraction of the cost [of JetA-powered aircraft], with zero emissions, from and to smaller airports.”

In December, Magnix partnered with Vancouver-based operator Harbour Air to fly an all-electric version of the DHC-2 Beaver seaplane. On April 20, Harbour Air reported that it had resumed flight testing of what it calls the eBeaver, having secured approval for takeoff, cruise, and extended-range performance testing.

Magnix, which is based in the Seattle area, is a sister company to Eviation, which is developing the Alice fixed-wing electric aircraft. This program, for which Magnix is providing motors, has been delayed following fire damage to a test aircraft in January.