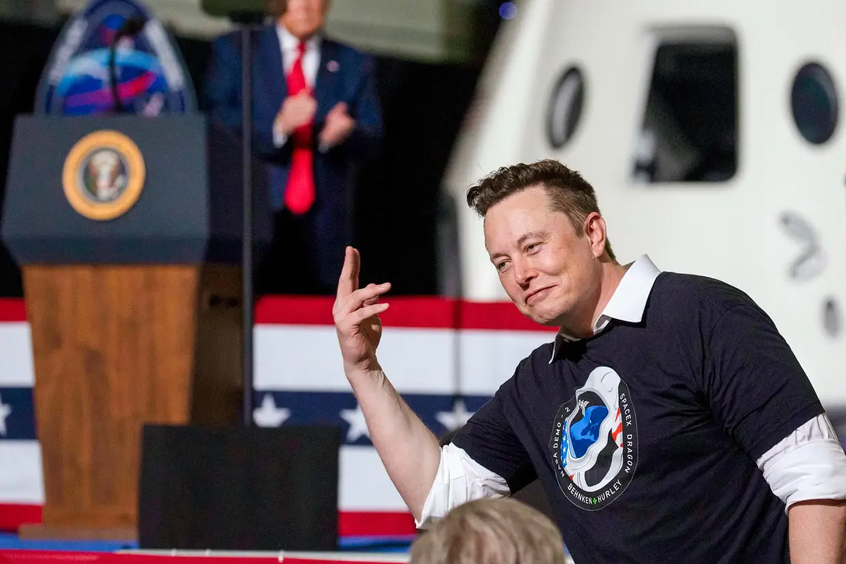 UAE officials have welcomed the return of manned missions to space by the United States and say the achievement will benefit the sector globally.

“The launch was beautiful and flawless,” said Salem Al Marri, the head of the UAE Astronaut Program.

“It was great to see astronauts launching from Florida again… it’s been nearly a decade since that has happened.

“We had been looking forward to the US launching manned missions again for a long time and we’re happy, so congratulations to them.”

SpaceX – owned by Elon Musk – has been using its Falcon 9 rockets to send Dragon spacecraft into orbit and deliver cargo to the ISS since 2012.

On 30th May, a Crew Dragon capsule, which can accommodate up to seven astronauts, carried human cargo for the first time.

“I sat inside a demo of that capsule and when you see the space and comfort you have, the sleekness of the screens – it’s a very pleasant experience,” Mr Al Marri said.

“It’s something that would add a lot of value to sending professional astronauts to space and even space tourists in the future.

“Even training and preparing them would be a much easier approach than in previous systems.”

He arrived at the ISS in a Russian built Soyuz rocket, the only method of transport to the station since the US closed down its Space Shuttle program in 2011.

Mr Al Marri said he hoped Emirati astronauts would soon be able to fly in a number of new spacecraft being developed to carry humans to ISS.

He said he was also “looking forward” to Boeing launching its Starliner test flight later this year.

“The more options you have, the more capability we would have to utilize those options to get into low earth orbit and to the ISS,” he said.

“We also look forward to seeing the same from Boeing because they will become the third provider that we can work with in terms of driving cost down, training multiple astronauts in multiple vehicles and increase the launch options.”

Dr Mohammed Al Ahbabi, the director-general of the UAE Space Agency, also welcomed the success of the SpaceX program.

“This is an achievement in the history of the global space sector that marks the start of a new era for human spaceflight and highlights private companies’ roles in achieving strides in space,” he said.