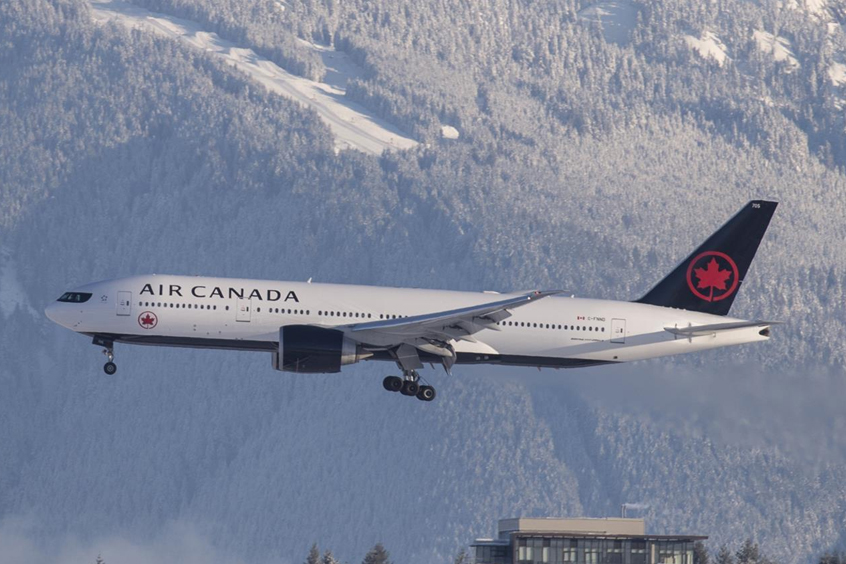 Air Canada posted a stunning C$1.8 billion ($1.5 billion) loss during the second quarter, as the coronavirus shut down almost all air travel in the country, and government-imposed restrictions kept passengers away.

The Montreal-based carrier transported just 4% of passengers carried during the same period one year ago, in what its chief executive Calin Rovinescu calls “an impossible operating environment”.

Total operating revenue fell 89% to C$527 million, the airline says on 31 July. Of that, C$269 million came from cargo, and $207 from passenger transport. It was the first time in the history of the company that cargo revenue exceeded passenger revenue during a quarter.

“As with many other major airlines worldwide, Air Canada’s second-quarter results confirm the devastating and unprecedented effects of the Covid-19 pandemic and government-imposed travel and border restrictions and quarantine requirements,” Rovinescu says on the company’s quarterly earnings call. “Canada’s federal and inter-provincial restrictions have been among the most severe in the world, effectively shutting down most commercial aviation in our country.”

He says the country’s rules, imposed in March, “constitute one of the most-severe aviation lockdown regimes in the world”, with no relief in sight.

“We are migrating from a health crisis to an economic crisis if we don’t start moving in a meaningful way,” Rovinescu says, adding that Air Canada’s effect on the overall Canadian economy is substantial. “I do not take issue that [the country] was shut down tightly in March, I take issue with the fact that it has not been opened up on a thoughtful scientific basis.”

Canada has effectively sealed off its border to the United States, the longest peaceful border in the world, cutting off all non-essential transborder travel. The closure has been extended several times and now remains in place until 21 August, but Air Canada executives say they are assuming it will not reopen until the end of September at the earliest.

The country also requires 14-day quarantine for any inbound travelers from abroad, and some provincial governments have imposed separate quarantines affecting travel between provinces. While the measures may have been effective and necessary at the beginning of the crisis almost five months ago, they no longer are, Rovinescu says.

“Above all, recent reported declines in revenue of nearly 90% and in passengers of over 96%, should reinforce the tremendous urgency for governments in Canada to take reasonable steps to safely reopen our country and restore economic activity,” he says. “Other jurisdictions globally are showing it is possible to safely and responsibly manage the complementary priorities of public health, economic recovery and job preservation and creation.”

Rovinescu says Air Canada will need to be flexible with its fleet going forward, after announcing retirements of 79 older aircraft, including Boeing 767s, Airbus A319s and Embraer 190s during the quarter. The company is on a mission to rejuvenate its fleet, and has orders for the currently-grounded 737 Max and Canadian-built A220. But the crisis has dampened the airline’s appetite for the new aircraft.

“Without government industry support and as travel restrictions are extended, we will look at other opportunities to further reduce costs and capital – including further route suspensions and possible cancellations of Boeing and Airbus aircraft on order, including the Airbus A220 manufactured at Mirabel, Quebec,” he says. “We have aircraft on order and we have optionality with the speed with which we will rebuild our fleet.”

Air Canada says it reduced the number of employees during the quarter by about 20,000, representing more than half of its pre-coronavirus workforce. These reductions came as”layoffs, terminations of employment, voluntary separations, early retirements and special leaves”.