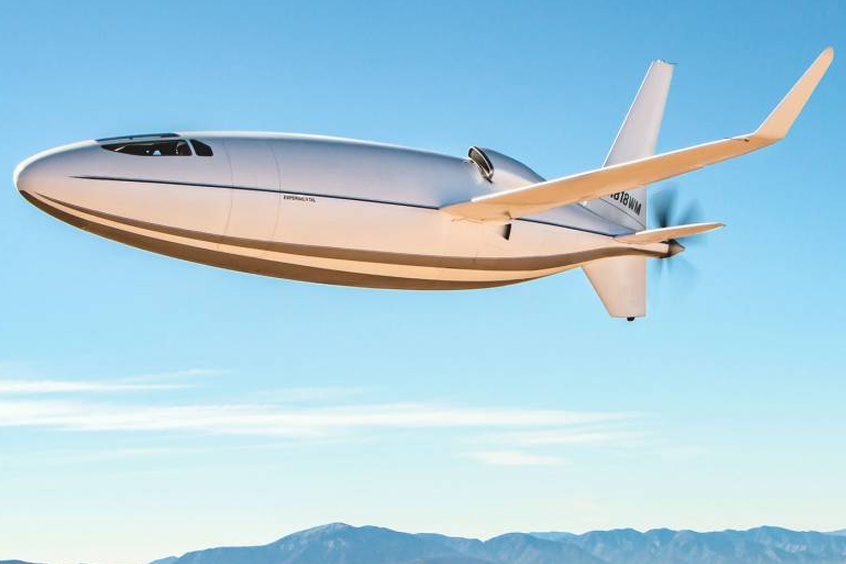 Otto Aviation this week unveiled the Celera 500L, a six-passenger pusher-prop business aircraft powered by a single 500-hp Red A03 diesel engine. To date, the company’s full-scale prototype has completed 31 test flights. Otto said FAA certification is expected in 2023, with service entry to follow in 2025.

According to the company, the submarine-shaped aircraft will have a maximum cruise speed of 391 knots and a range exceeding 3,900 nm, while offering a stand-up cabin and fuel economy of 16 to 22 nm per gallon. To achieve this efficiency, Otto said the Celera 500L employs ‘extensive’  laminar flow over the fuselage, wings, and tail surfaces.

“Our goal was to create a private aircraft that would allow for direct flights between any city pair in the U.S. at speeds and cost comparable to commercial air travel,” said William Otto Sr., chairman and chief scientist at Otto Aviation. “In many cases, individuals and families will be able to charter the Celera 500L at prices comparable to commercial airfares, but with the added convenience of private aviation. We believe when the price of private air travel is competitive with commercial air travel, an enormous market opportunity will result.”