Qantas to ax 2500 jobs due to coronavirus impact 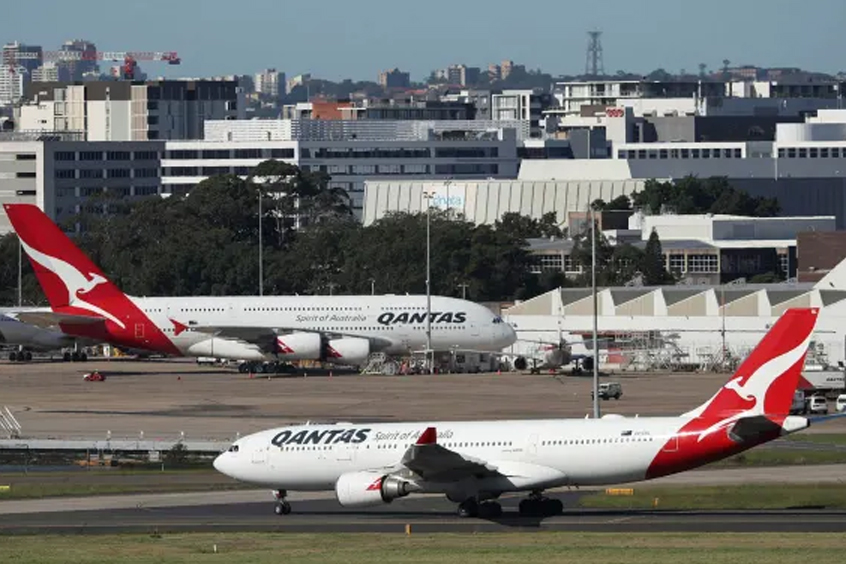 Qantas has announced up to 2500 jobs will be axed and all ground crew roles will be outsourced across 10 major Australian airports due to the impact of coronavirus.

Under the proposed changes, Qantas and low-cost arm Jetstar will outsource ground operations, including baggage handling and aircraft cleaning at major airports.

The work is currently done by around 2000 Qantas staff and 370 Jetstar employees, who will now be required to negotiate a new workplace agreement to keep their roles.

Qantas aircraft on tarmac and Jetstar plane flying in the background

Qantas Domestic CEO Andrew David said with more than 220 aircraft grounded and the majority of staff stood down, “drastic changes” needed to be made.

“This is the greatest challenge the aviation industry has ever faced, and airlines have to change how they operate to ensure they can survive long-term,” he said.

“Right now, our domestic capacity is at 20 per cent of pre-COVID levels and international travel is expected to take years to recover.”

The Australian airline had earlier announced about 6000 redundancies as part of “right-sizing and restructuring” the business due to border closures and changes needed in the aviation industry, due to the pandemic.

The airline also announced a $2.7 billion loss for the 2020 financial year and a $4 billion (or 91 percent) drop in revenue.

Mr David acknowledged today’s announcement would be tough for affected Qantas employees, most of whom have already been stood down for months due to the pandemic.

“This obviously adds to the uncertainty, but this is the unfortunate reality of what COVID-19 has done to our industry,” he said.

“We know travel restrictions will lift eventually, but the market will be very different. Every airline will come through this much leaner and more efficient, and we have to be able to compete if we’re going to survive.

“Outsourcing this work to specialist ground handlers would save an estimated $100 million in operating costs each year.”

Qantas also warned that the decision to outsource ground handling and cleaning roles could also have a flow on impact to other parts of the business.

Affected employees will be provided with redundancy packages and support to transition into new jobs outside of Qantas, the airline said.