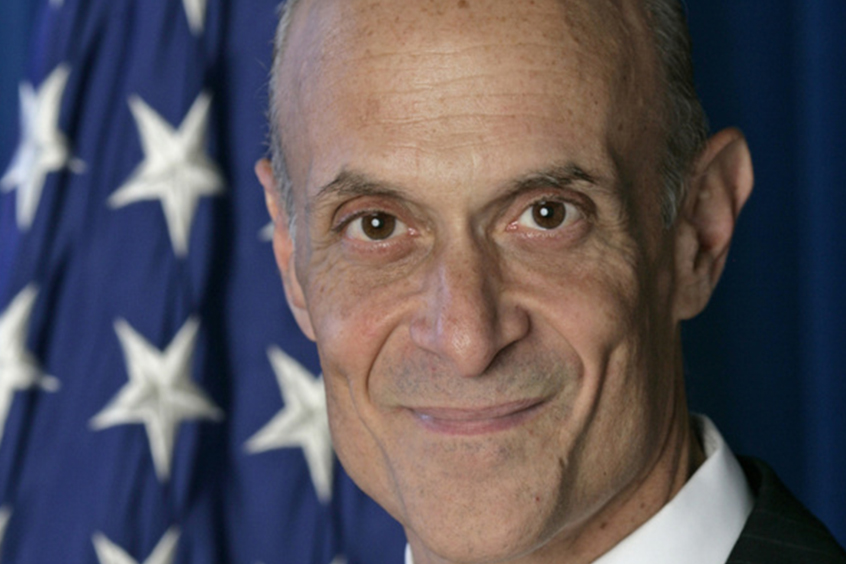 The Honorable Michael Chertoff is the Chairman of the Board of Directors of BAE Systems, Inc., the US-based subsidiary of BAE Systems plc.

Chertoff was first appointed to the Inc. Board in March 2010 and appointed Chairman in May 2012. Chertoff is Chairman and Founder of The Chertoff Group, a security and risk management advisory firm with offices in Washington, D.C. Chertoff is also Senior Of Counsel at Covington & Burling LLP’s Washington, DC office and a member of the White Collar Defense and Investigations practice group.

Previously Chertoff served as Secretary of the US Department of Homeland Security. As Secretary, he led a 218,000 person department with a budget of $50 billion to develop and implement border security and immigration policy, promulgate homeland security regulation, and spearhead a national cyber security strategy. He also served on the National Security and Homeland Security Councils, and on the Committee on Foreign Investment in the United States.

Prior to his appointment to President George W. Bush’s Cabinet, he served from 2003 to 2005 on the US Court of Appeals for the Third Circuit. Before becoming a federal judge, Chertoff was the Assistant Attorney General for the Criminal Division of the US Department of Justice. In that position, he oversaw the investigation of the 9/11 terrorist attacks, and formed the Enron Task Force.

Chertoff currently serves on the board of directors of Noblis, Delta Risk, and Edgewood Networks. He serves on the Advisory Boards of Sonavation, Securonix, Reporty, V Armour and Lumina. He is also a member of a number of non-profit advisory boards, to include Freedom House; American Action Forum; Global Commission stability in Cyberspace and Global Security & Privacy by Design.

Recently, BAE Systems has been awarded multiple contracts from the US Army to develop key technologies for the Advanced Teaming Demonstration Program (A-Team). BAE Systems was the only company awarded contracts for three of the program’s four focus areas, designed to advance manned and unmanned teaming (MUM-T) capabilities that are expected to be critical components in the US Army’s Future Vertical Lift (FVL) program.

In order to combat the increasingly complex, contested, and communication-denied battlespace presented by near-peer adversaries, the US Army developed the A-Team program to create an automated system to offload the cognitive burden of pilots while enabling them to command swarms of unmanned aircraft.

BAE Systems was selected to deliver a highly automated system to provide situational awareness, information processing, resource management, and decision making that is beyond human capabilities. These advantages become exceedingly important as the Army moves toward mission teams of unmanned aircraft that will be controlled by pilots in real time.

The program will leverage the Future Open Rotorcraft Cockpit Environment Lab to conduct simulation tests and demonstrations with products from different contractors in consideration of transition to the FVL program.

Work for the program takes place at the company’s facilities in Burlington, Massachusetts and San Diego, California.