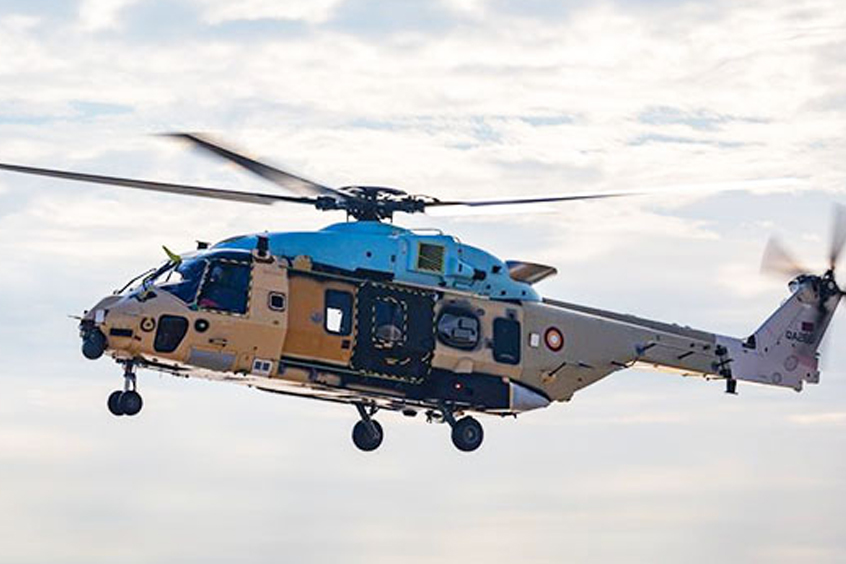 The first of Qatar’s naval frigate and troop transport variants of the NH90 helicopter have successfully carried out first flight and initial flight testing in Italy and France.

Qatar has orders for 16 troop transport variants and 12 naval helicopters, the first of which will be delivered by the end of 2021. The delivery schedule will run until 2025.

The flights allowed crews to evaluate general handling and basic systems and the helicopters performed as expected, Leonardo said.

NHI is a three-way consortium comprising Airbus Helicopters, Leonardo Helicopters and Fokker. The Italian firm is prime contractor for the Qatar $3.6 billion contract.

The NH-90 NFH is the ship-based version is tailored for full capability in both anti-submarine (ASW) and anti-surface (ASuW) warfare. Search and rescue operations can also be performed in both land and sea configurations. Advanced navigation and ship landing aids enable the helicopter to perform safe landings in day/night and adverse weather conditions, supplemented by a deck lock device for securing the touchdown in high sea states.