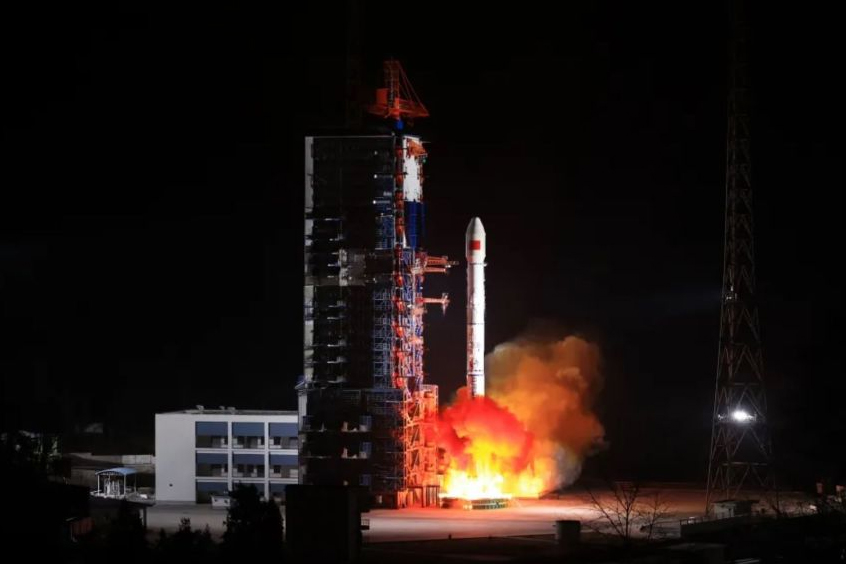 China carried out its fourth orbital space launch, sending a large satellite towards geostationary orbit from the hills of Xichang in the southwest of the country.

The China Aerospace Science and Technology Corporation (CASC), China’s main space contractor, confirmed (Chinese) that the satellite had been successfully inserted into geosynchronous transfer orbit — a path satellites take to reach a geostationary orbit high above the Earth within an hour of launch.

TJSW-6 was developed by the Shanghai Academy of Spaceflight Technology (SAST), a major CASC subsidiary, but few details about the satellite were made available.

Chinese state media outlet Xinhua stated that the TJSW-6 satellite will be “used in communication, radio, television and data transmission, as well as technology tests.”

The omission of details is normal for any country launching such classified payloads into orbit. This suggests that the new satellite has military-related uses and capabilities. TJSW-1, the first of the series, was launched in 2015 to carry out communications tests.

In the following weeks the TJSW-6 satellite will reach its intended position in geostationary orbit. At an altitude of 22,236 miles (35,786 kilometers), the satellite will orbit at a speed which effectively keeps it fixed over a point on the Earth below, making such orbits very useful for providing stable communications services or keeping a fixed eye on the area below.

CASC is planning at least 40 launches this year, including the launch of the first module for the Chinese space station and a number of launches from a sea platform.

Commercial Chinese launch companies including Expace, Landspace, iSpace and Galactic Energy are also expected to conduct their own missions in 2021.