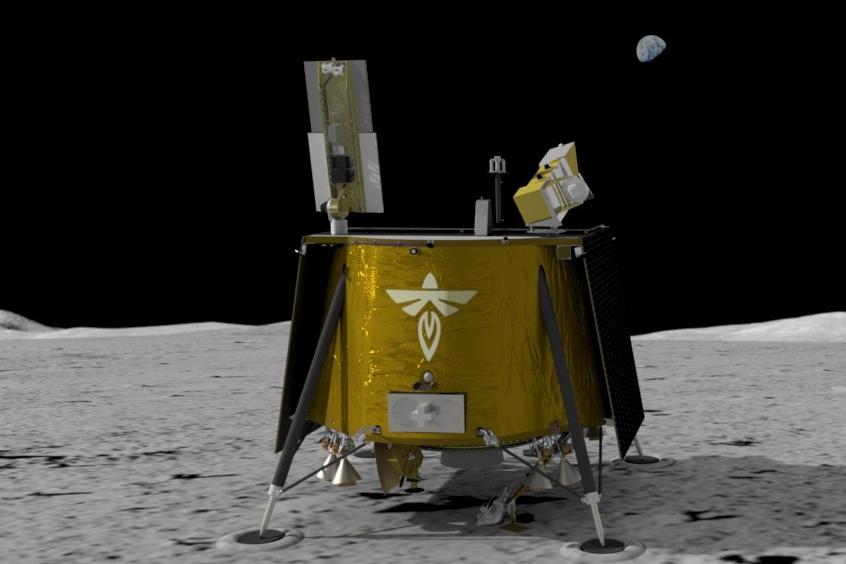 NASA has awarded Firefly Aerospace of Cedar Park, Texas, approximately $93.3 million to deliver a suite of 10 science investigations and technology demonstrations to the Moon in 2023. The delivery, planned for Mare Crisium, a low-lying basin on the Moon’s near side, will investigate a variety of lunar surface conditions and resources. Such investigations will help prepare for human missions to the lunar surface.

The award is part of the agency’s Commercial Lunar Payload Services (CLPS) initiative, in which NASA is securing the service of commercial partners to quickly land science and technology payloads on the lunar surface. The initiative is a key part of NASA’s Artemis program. Firefly Aerospace will be responsible for end-to-end delivery services, including payload integration, launch from Earth, landing on the Moon, and mission operations. This is the sixth award for lunar surface delivery under the CLPS initiative.

“We’re excited another CLPS provider has won its first task order award. With this initiative, we seek to develop ways for new science and technology development utilizing a service-based model,” said Thomas Zurbuchen, associate administrator for science at NASA Headquarters in Washington. “This allows U.S. vendors to not only demonstrate their ability to safely deliver payloads to our celestial neighbor, but also expand this capability for others who want to take advantage of this cutting edge approach to explore the Moon.”

This is the first delivery awarded to Firefly Aerospace, which will provide the lunar delivery service using its Blue Ghost lander, which the company designed and developed at its Cedar Park facility. This facility also will house the integration of NASA and any non-NASA payloads, and also will serve as the company’s mission operations center for the 2023 delivery.

“The payloads we’re sending as part of this delivery service span across multiple areas, from investigating the lunar soil and testing a sample capture technology, to giving us information about the Moon’s thermal properties and magnetic field,” said Chris Culbert, manager of the CLPS initiative at NASA’s Johnson Space Center in Houston.

Mare Crisium, where Firefly Aerospace’s Blue Ghost will land, is a more than 300-mile-wide basin where instruments will gather data to provide insight into the Moon’s regolith – loose, fragmented rock and soil – properties, geophysical characteristics, and the interaction of solar wind and Earth’s magnetic field.

The payloads, collectively expected to total 207 pounds (94 kg) in mass, include:

The Next Generation Lunar Retroreflectors (NGLR), which will serve as a target for lasers on Earth to precisely measure the distance between Earth and the Moon. The retroreflector that will fly on this mission also will provide data that could be used to understand various aspects of the lunar interior and address fundamental physics questions.

The Lunar Environment Heliospheric X-ray Imager (LEXI), which will capture images of the interaction of Earth’s magnetosphere with the flow of charged particles from the Sun, called the solar wind.

The Reconfigurable, Radiation Tolerant Computer System (RadPC), which aims to demonstrate a radiation-tolerant computing technology. Due to the Moon’s lack of atmosphere and magnetic field, radiation from the Sun will be a challenge for electronics. This investigation also will characterize the radiation effects on the lunar surface.

The Lunar Magnetotelluric Sounder (LMS), which is designed to characterize the structure and composition of the Moon’s mantle by studying electric and magnetic fields. The investigation will make use of a flight-spare magnetometer, a device that measures magnetic fields, originally made for the Mars Atmosphere and Volatile EvolutioN (MAVEN) spacecraft currently orbiting Mars.

The Lunar Instrumentation for Subsurface Thermal Exploration with Rapidity (LISTER), which is designed to measure heat flow from the interior of the Moon. The probe will attempt to drill 7 to 10 feet (2 to 3 meters) into the lunar regolith to investigate the Moon’s thermal properties at different depths.

The Lunar PlanetVac (LPV), which is designed to acquire lunar regolith from the surface and transfer it to other instruments that would analyze the material or put it in a container that another spacecraft could return to Earth.

Stereo CAmeras for Lunar Plume Surface Studies (SCALPSS 1.1), which will capture video and still images of the area under the lander from when the engine plume first disturbs the lunar surface through engine shutdown. Long-focal-length cameras will determine the pre-landing surface topography.

Photogrammetry will be used to reconstruct the changing surface during landing. Understanding the physics of rocket exhaust on the regolith, and the displacement of dust, gravel, and rocks is critical to understanding how to best avoid kicking up surface materials during the terminal phase of flight/landing on the Moon and other celestial bodies.

The Electrodynamic Dust Shield (EDS), which will generate a non-uniform electric field using varying high voltage on multiple electrodes. This traveling field, in turn, carries away the particles and has potential applications in thermal radiators, spacesuit fabrics, visors, camera lenses, solar panels, and many other technologies.

The Lunar GNSS Receiver Experiment (LuGRE), which is based on GPS. LuGRE will continue to extend the reach of GPS signals and, if successful, be the first to discern GPS signals at lunar distances.

The CLPS initiative is a key part of NASA’s Artemis lunar exploration efforts. The science and technology payloads sent to the Moon’s surface as part of the initiative will help lay the foundation for human missions and a sustainable human presence on the lunar surface.