A look into ADASI’s ARV and two new UGVs 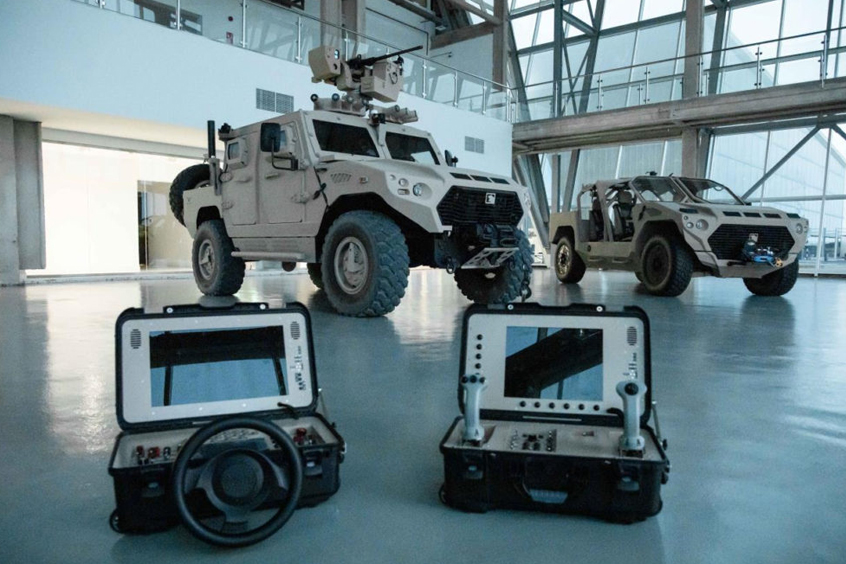 ADASI has collaborated with NIMR, its sister company within EDGE Group, to convert the AJBAN 440A armored 4-door manned vehicle into an unmanned system called the AJBAN armed robotic vehicle (ARV).

The vehicle withstands small arms fire, artillery shell splinters and survives mine and improvised explosive device (IED) blasts, and has a payload capacity of 1,200kg. Operated via a ground control station (GCS) with a communication range of 12km and endurance of up to eight hours, it can travel up to speeds of 50 km/h to support Armed Forces with greater firepower while ultimately reducing risk to soldier lives.

Both UGVs were designed to support special force deployment, with the mini capable of intelligence, surveillance, target acquisition, and reconnaissance (ISTAR) operations in open-air and indoor urban environments, and the small created for more tactical, dual day-night functionality.

Faisal Al Bannai, CEO and Managing Director of EDGE Group, said: “The UGV market is rapidly evolving, with new levels of autonomy offering greater opportunities to support more complex missions. Automation is a strategic priority for EDGE Group, and the launch of three autonomous systems by ADASI – with additional collaboration with NIMR, is testament to our collective focus, capability and determination.”

The CEO of ADASI, Ali Al Yafei, commented: “ADASI is proud to be unveiling three new products at IDEX 2021 – the AJBAN 440A ARV in collaboration with our sister company NIMR, and the SCORPIO-M and SCORPIO-S which both provide tactical advantage and operational flexibility in contested environments, while principally protecting the lives of soldiers through the use of unmanned technologies.”

Proliferation of unmanned system developments have proven that the industry is open to the growing potential of such platforms and the benefit that autonomous control offers armed forces.

ADASI is part of the Platforms & Systems cluster of EDGE Group, an advanced technology group for defense and beyond, which ranks among the top 25 military suppliers in the world.