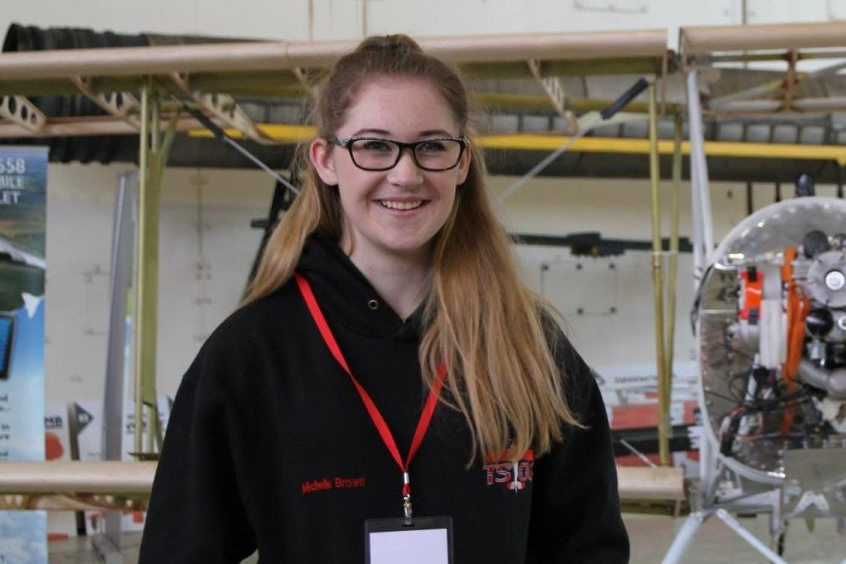 Aviation youth charity worker and University of Hull student Michelle Brown, has been named as the first ENGAP UK Envoy with a mission to attract young people to the air and space industry.

ENGAP (Engaging the Next Generation of Aviation Professionals) is building a team of role models to promote environmental sustainability and addressing the challenge of a predicted shortfall in qualified aviation professionals in the future.

Michelle, from Gilberdike, East Yorkshire, is a final year English student at The University of Hull. For the past eight years she been involved with aviation and engineering through youth charity The Spirit of Goole. She was part of the team that built a fully functioning Sherwood Ranger XP, a biplane, and she is currently helping to renovate a 1936 sailing yacht. Michelle also worked with The Royal Institute of Navigation as part of their Membership and Fellows Committee.

Simon Witts, chairman of ENGAP UK and CEO of specialist aviation consultancy Aviation 360, said, “Michelle perfectly represents the caliber of people we need to attract to this industry. As an ENGAP UK Envoy she will be part of a team actively involved in helping attract and retain future pilots, astronauts, engineers and ground staff.”

As an ENGAP UK Envoy Michelle will also be working with the International Air & Space Training Institute (IASTI), a new organization, created by Aviation 360, which will roll out a national network of institutes across the county.

Michelle added, “I am so grateful to be involved with these projects from the launch. Throughout my time at The Royal Institute of Navigation, I became a lead member in creating and developing their Young Members Group and more recently a part of their communications team working on social media accounts, I hope to use those skills in spreading the word about these very worthwhile organizations I represent.”

IASTI Newark will be the first to welcome students in September 2021, in partnership with Lincoln College Group, and talks are underway to launch three more IASTIs in London, Lancashire and on the South Coast.